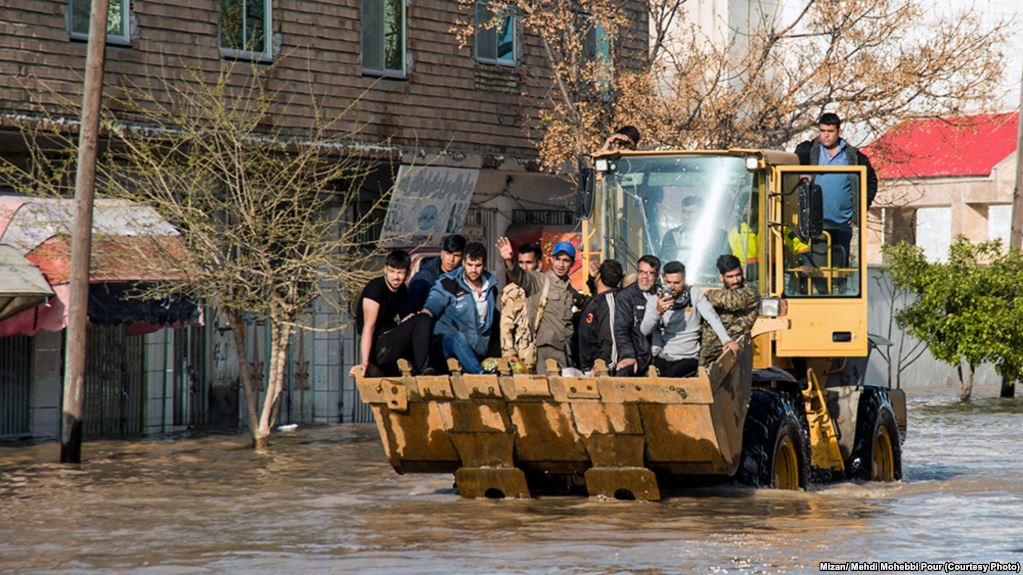 Despite the fact that during the past four decades Iran has been hit by various natural disasters, the earthquake in Kermanshah and the recent floods across the country once again showed different manifestations of ‘heyati’ management. ‘Heyati’ refers to groups or delegations who gather to mourn the death of Imam Hossein during Muharram. These disasters also highlighted the inefficiency and unskillfulness of the Iranian government and its institutions as well as the establishment. This has created dissatisfaction among people living in the various flood-stricken areas of the country.
But that was not the whole story. Official organizations also started criticizing the process of delivering aid to those who suffered in the floods. For example, Iran’s Red Crescent Society expressed dissatisfaction with the ‘undesirable process’ of getting aid to the crisis-stricken city of Pol Dokhtar and to other flood-stricken areas. Meanwhile, disputes in the media between the government and the IRGC heated up, with each one accusing the other of ‘unskillfulness’ and ‘inefficiency.’
The recent floods are a reminder of what is described in Iranian culture as ‘heyati’ management. Amateurs, putting on a ‘show’, and, at the same time, fighting over the distribution of ‘spoils’ – including financial, prestigious, and political spoils – are manifestations of ‘heyati’ management. It is the same as what is known in the establishment’s bureaucratic culture – particularly by the IRGC and Basijis – as ‘jihadi’ management.

Paying Precedence to Secondary Functions
The administrative culture does not come out of the blue spontaneously. There are subcultures working together in communities. ‘Heyati’ management too is a result of interactions with its surroundings. It is similar to ‘scientific management,’ which emerges from academic work and theorists’ interactions with their fields.
If industries belong to this time and age, the management of ‘heyats’ which are formed for lamenting and mourning [the death of Imam Hossein] belongs to ancient times. ‘Heyati’ management is the source of inspiration for the Iranian establishment. Most of the leaders and officials – from the highest to the lowest ranks in the establishment – have gained their own organizational and managerial experience through these ‘heyats’ whose sole purpose is to lament and mourn [the death of Imam Hossein; for example, take a look at Rouhani and Ahmadinejad reciting eulogies).
Ayatollah Khomeini too had said, “Whatever we have is from Muharram and this ceremony.” The approach of the establishment’s political mobilization, particularly during Khamenei and Ahmadinejad, has become more and more like that of ‘heyats.’ Within the framework of the ‘heyat’ the division of labor is simple, and there is no need for expertise. Those who work within the ‘heyat’ are responsible to do their duties, and the outcome isn’t that important.
In recent times, ‘heyati’ management has even preceded the traditional bureaucratic system in Iran. For example, a part of the establishment institutions’ activities – instead of training for modern management – is related to religious ceremonies held particularly during Muharram rituals including ‘chest beating’, singing eulogies, and mourning, as well as producing new ‘imamzadeh’ and other related affairs. For example, one of the obligations of the Foreign Ministry is to prepare for Muharram’s mourning ceremony overseas, either directly in its own locations or in mosques and ‘tekyehs’ [places where Shiites gather to mourn during Muharram] affiliated with the Iranian regime abroad. ‘Heyati’ management, therefore, is constantly being reproduced in different institutions of the Iranian establishment.
‘Heyati’ management is random, as it tries to put on a ‘show.’ Such shows have different functions such as creating authority for those who hold positions of power and gaining their favor, creating possibilities for rent-seeking for those involved in such shows, embezzling budgetary resources, propagandizing, and finally deceiving citizens by giving metaphysical explanations for worldly accidents. 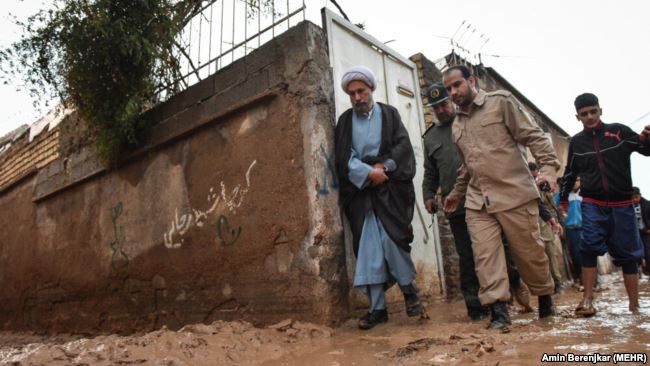 Unskillfulness and Inefficiency; Definite Outcomes of ‘Heyati’ and ‘JIhadi’ Management
Efficiency within modern management means maximizing limited resources within the competitive market and eventually satisfying consumers. ‘Heyati’ management however is not responsible for ‘results’ which renders the principles of efficiency, creating values, and outcomes meaningless. Unskillfulness and inefficiency of ‘heyati’ management must not come as a surprise. That is because within the economic framework of management and organization in deficient, inefficient and corrupt systems, institutions usually get distracted, moving away from the functions and structure assigned to them.
For example, the function of a municipality in a given society is to provide civic services. But municipalities, particularly in countries like Iran and thanks to ‘heyati’ management, have several other unofficial functions in addition to their official ones. One such function is creating employment for the followers of the regime. According to a member of the budget and planning commission of Tehran’s City Council, more than 130,000 individuals receive salaries from Tehran’s municipality. Additionally, there are 26,000 personnel for 16,000 organizational positions in Tehran’s municipality. Bribery, rent seeking, collaborating with and giving information to land-grabbers and and other such issues that are not the main functions of these organizations gain precedence over their primary functions.
As such, the municipality will get sidetracked from what is outlined for it in accordance with the country’s laws and regulations as the so-called ‘other’ functions take priority over its primary ones. As a result, those peripheral functions of institutions in inefficient and corrupt governments become their main functions, and their defined functions will lose priority, if not forgotten altogether.
This can be also extended to the issue of ‘heyati’ management witnessed during the recent floods. Even though the fallout of the recent floods have not become clear yet, it can already be observed that in numerous cases, precedence is given to the peripheral issues over the main ones. Rivalry for public visibility in the flood-stricken areas and to be seen walking through the flood waters, as well as tensions between the government and the IRGC, accusing each other and disputing over giving away the spoils, are quite obvious — a major part of these rivalries and disputes are behind closed doors and will not be disclosed.

Conclusion
The crisis that the Iranian establishment faced during the recent floods exposed ‘heyati’ management once again. Of course, the concept of ‘heyati’ management can be extended to other economic and political projects of the Iranian establishment.
However, the lack of transparency and accountability prevents the full exposure of such management. The costs of such management are borne by the poorest Iranian citizens in the form of economic and social deprivation and environmental disarray.