What is the dispute over FATF?
The editorial of Mostaghel newspaper deals with a controversial issue in Iranian politics: joining Financial Action Task Force (FATF). The editorial starts with asking what FATF is and why opponents and proponents of it are both ‘illiterate’.
There is a catastrophe happening to Iran since 2010, putting the country in a lose-lose situation. Full implementation of FATF can cause damages and will put some under sanctions. Not implementing it can increase corruption. It seems that we have reached the final days and the bill will be passed by the parliament, despite principlist who still oppose it. The significant meeting of Ali Larijani had with heads of parliamentarian fractions, IRGC intelligence office, the Guardian Council, and some other MPs all confirm this view.
If ordinary people are asked if they want to be taken out of the blacklist, they will unanimously say, ‘yes’. Then what is wrong? Why have the opponents of FATF hidden behind helping Hamas and Hezbollah? MPs at least have the right to know how much and how these organizations are helped.
Hamid Baghaee’s lawsuit goes back to these financial transactions. A part of his indictment showed that he is charged with receiving money to be transferred overseas, but the money was discovered in his house. Lack of transparency means that even this lawsuit is not dealt with openly.
Ayatollah Amoli Larijani had said with regard to financial credit institutes that part of the money of one of these institutes had gone to Pakistan and then returned to Iran in a different form. Abbas Araghchi had said that not implementing FATF laws made it possible for terrorist groups like ISIS to use Iran’s financial system.
Until August 2018, 15 thousand people with billions of deposits in bankrupted financial credit institutes hadn’t gone for taking their money. What does that mean? Who owns these accounts? Why hadn’t they gone for taking their money back?
The issue of joining FATF is a totally different thing. They cannot accept Iran as a member. So those opponents and proponents who say the issue is in joining FATF are either ignorant or lying.
The dispute is over financial transparency. It is over the ‘action plan’. Iran has already accepted 38 out of 42 provisions. The dispute is over four provisions, the most significant of which is related to the Financial Intelligence Unit (FIU). This unit can ask Iran about the origin of the money, and Iran has to answer.
Weak domestic laws and not implementing the existing laws with regard to money laundering has created opportunities for criminal groups. In Iran, thousands of people can have transactions worth a million dollars, but the government cannot ask them about the origin of the money.
The editorial concludes: Iran is in a lose-lose situation: either it should deal with the cancer of corruption or allow this system to continue which means creating domestic financial corruption and getting distance from the international system.
An editorial in Mostaghel newspaper on September 26, 2018

Has the government abandoned the country?
The editorial of Sedayeh Eslahat deals with the fact that the Iranian government is not taking any measures for fixing the problems of Iranian people.
The editorial starts: Iranian president no longer visits different provinces, unless it is a special occasion. Ministers and cabinet members do not listen to people any longer. Public relation offices are closed and are mostly after whitewashing and denying the truth. The order was supposed to return to the currency and gold coin markets, but it hasn’t so far. Iran Khodro and SAIPA -Iranian manufacturing companies – act as if they are not parts of Iran, delivering cars to people in however shape they want to. When the news as to hoarding of automobiles is publicized, the government doesn’t do anything about it.
The editorial continues: rushing transgenic products to the market and decrease in people’s purchase power show that it is as if there is no government. Or if there is any, it doesn’t have any monitoring over the market. Why isn’t the government capable of managing the market for white meat and tomato?
In conclusion, the editorialist asks: if a government abandons the country, and rent-seekers and those who sell their products at higher prices take the control of the country in their own hands, who will pay the price of this disorderliness? If there are gathering protests, who should keep the country quiet and unite the people? Do the statesmen know that their negligence will question the state and will have consequences for the state? Is it that difficult to control the prices and punish the violators?
An editorial in Sedayeh Eslahat on September 26, 2018

Negotiation for the sake of negotiation results in nothing
The editorial of Arman daily focuses on Iran-US negotiation and why Iran must set the US to return to the nuclear deal (JCPOA) as a precondition for further talks.
The editorial starts with the fact that Americans are not after closing the doors to further negotiations, as it means closing the path to diplomacy and political consultations. But recent remarks of Brian Hook, head of Iran Action Group in US Department of State, as to “negotiating and giving concessions to Iran in case of making different decisions” must be viewed within the framework of US policies.
The editorial continues: the policy of President Trump’s administration is “to ask much to have a little”. The White House knows very well that they are not going get what they are demanding. Knowing that they are trying to look more flexible and bring up the issue of negotiation again.
The editorial adds that Brian Hook’s remarks seem to be for propaganda purposes. Trump isn’t unwilling to negotiate with Iran, but it isn’t what Iran has in mind. Yet if there is going to be a negotiation at all, Iran’s first prerequisite must be US returning to the JCPOA. The US must implement this agreement as it is. It is only then that Iran might open the doors to Washington.
The editorialist concludes that during Hassan Rouhani’s trip to New York to take part in UN General Assembly, nothing particular will happen unless the White House officials show that they are really after negotiation and have the good intention to do so. Otherwise, negotiation for the sake of negotiation means nothing.
An editorial in Arman daily on September 25, 2018

Components of inefficiency in development of non-oil exports
The editorial of Tejarat online deals with reasons why Iran has failed in developing non-oil exports.
According to the editorial, even though the index of export has become profitable in recent months due to increase in dollar rate, the share of non-oil export is still low, reaching 18 to 20 percent of total exports of the country. As a result, the scale of the dependence of the country’s exports on oil and its products is still high.
Then the editorial asks: what is the problem and what is the solution? Part of the problem lies in the economic structure which must be reformed and rent-seeking which must be resolved with people’s participation. Apart from these issues, the reduction in non-oil exports and Iran’s share in the global trades is not in geography, resources or other relative advantages. The main issue is with the economic management and planning in Iran. The problem is with perceptions, attitudes and the method of implementation. The problem with Iran’s non-oil exports is what is called the failure in the culture of exporting.
The editorial goes on to say that the other problem in non-oil export is lack of formulated policy with regard to export and not following a fixed policy in this regard. Weak structure in production, insufficient liquidity for exporters to continue their activities, taxing issues, difficulty in providing raw materials for producing export goods are some other obstacles to the development of non-oil exports.
An editorial in Tejarat online on September 25, 2018 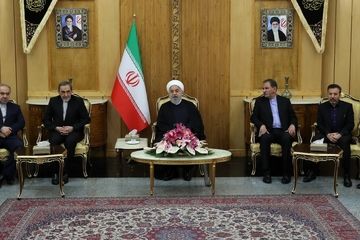 Yahya Ale Eshaq, chairman of Iran-Iraq joint Chamber of Commerce, said that there has been 31% growth in the economic transactions between the two countries. He added that exports to Iran, in the first 6 months of Iranian year (starting in March), were $4.165 billion, while it was $3.1 billion in the same period last year.
Eghtesad online 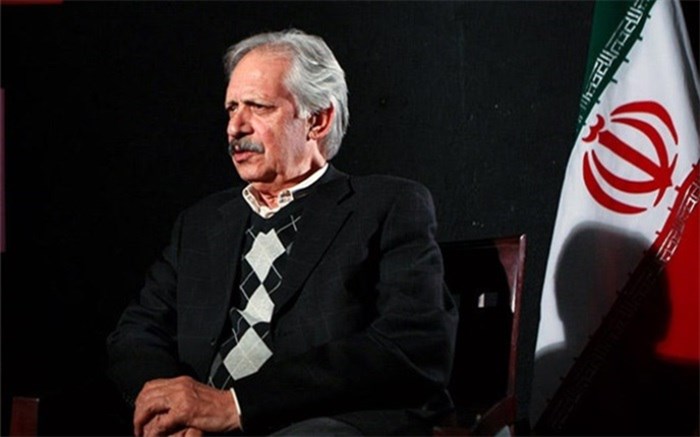 Ali Bigdeli, political expert in the US and Europe affairs, believes that joint statement of P4+1 and Iran can bolster Iran’s position, yet it shouldn’t raise too much hopes. With regard to the meeting of foreign ministers of countries remaining in JCPOA and Europe’s financial commitment before Iranian president’s speech in UN General Assembly, he said that ‘this meeting aimed at giving Rouhani a better hand and was European Union’s defying the US’.
According to Bigdeli, European Union has made such promises to Iran many times, but under the pressure of US, it has eventually changed its mind. What is more, big European companies like Total of France are private and the European governments cannot interfere in their activities.
PANA

Iranian deputy foreign minister Abbas Araghchi considered the meeting of Iran and P4+1 the isolation of the US. He wrote in his Instagram page: ‘This meeting, which was held before the US efforts for instrumental use of UN Security Council and holding a show against Iran, portrayed the support of Europe, China and Russia from Iran and isolation of the US’.
ISNA

Ardeshir Nourian, member of Parliament’s National Security Commission and Foreign Policy and head of parliament’s friendship delgatin, who has gone to Tallinn, Estonia, along with MP Fereydoun Ahmadi, had separate meetings with Estonia’s deputy speaker of parliament and head of foreign relation committee, as well as his counterpart in Estonian parliament. In these meetings, different political, economic, scientific and cultural issues were discussed.
Parliament news agency 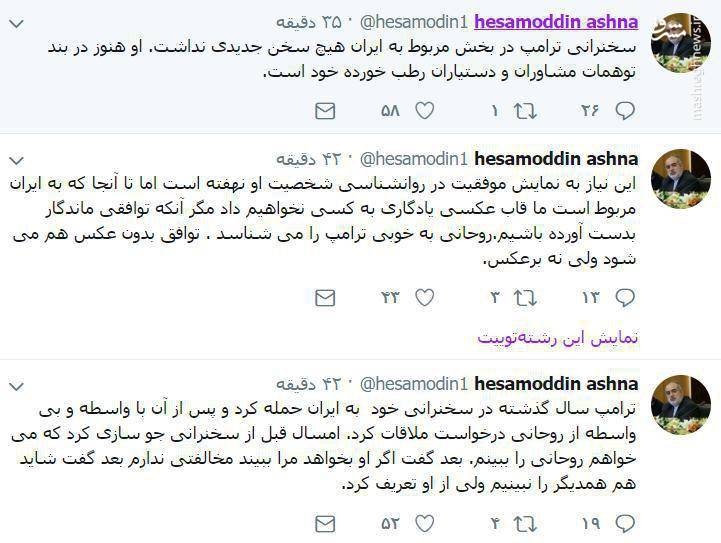 Hessamoldin Ashena, Iranian president’s senior advisor, reacted to Trump’s speech in UN General Assembly in several Tweets. He wrote: ‘There is nothing new in Trump’s speech with regard to Iran. He is still trapped in illusions of his advisors and aides’. In another Tweet, Ashena continued: ‘The need for show of success lies in his [Trump’s] psychology. But in so far as it is related to Iran, we will not take a picture with him, unless we reach a lasting agreement. Rouhani knows Trump well. It is possible to have agreements without taking picture, but not the other way round’.
Farda news 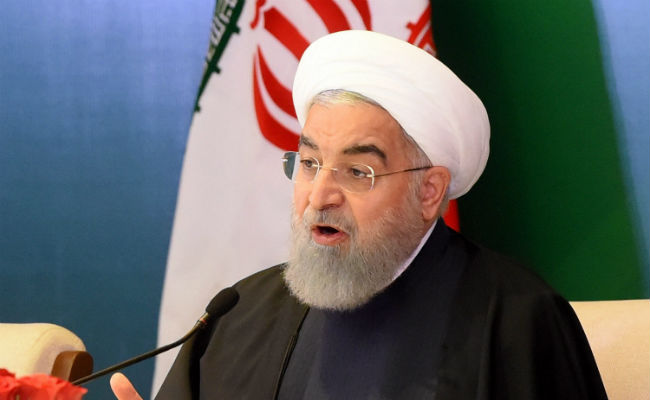 Hassan Rouhani sent a message in his Twitter with regard to US administration’s ‘call for disobeying the international laws’. Iranian president wrote: ‘The US threatens countries and international organizations and says that if they follow Resolution 2231 of UN Security Council and do not violate the JCPOA, they will be punished. These two requests mean calling for disobeying the law and threatening those who follow the law. This is happening in the history of United Nations for the first time’.
Borna 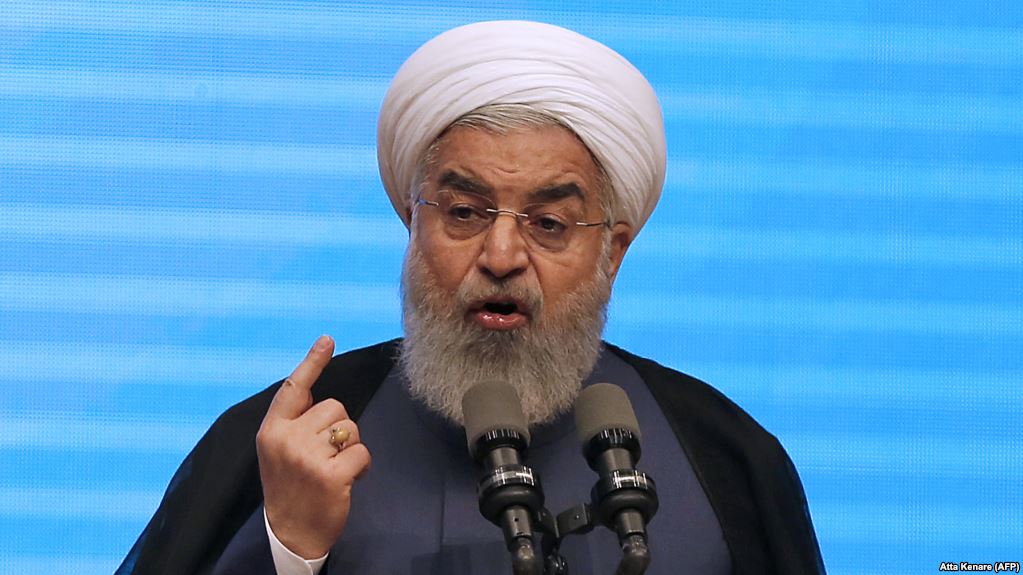 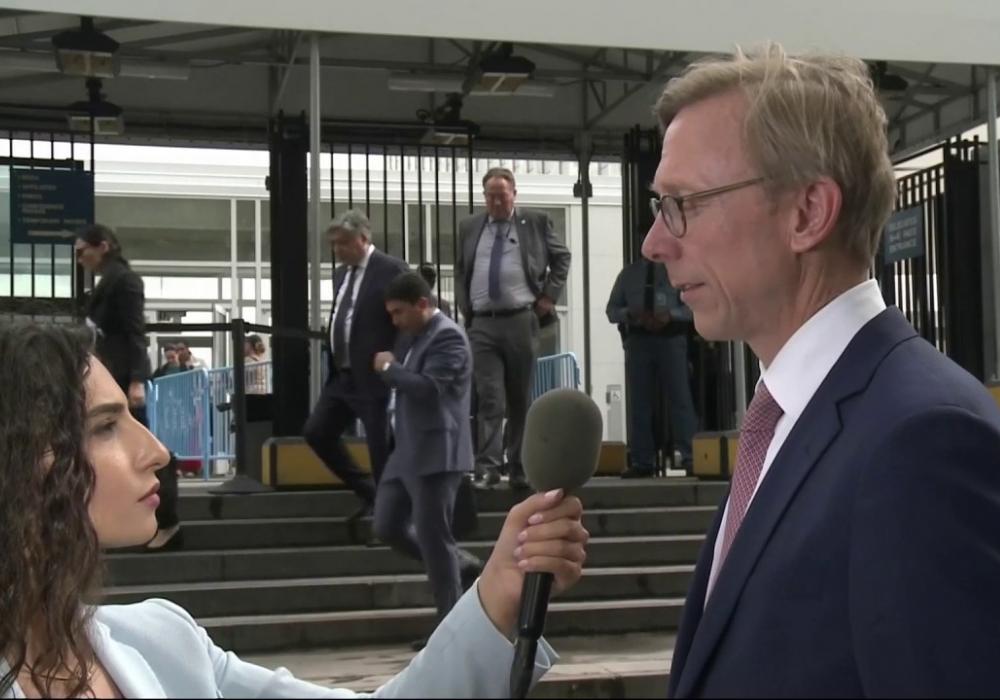 President of a big Japanese oil company announced that due to US sanctions, Japanese companies will stop purchasing oil from Iran from November. Shunichi Tanaka, president of Cosmo Oil, third biggest oil company in Japan, told Reuters that ‘due to US sanctions, Japan will stop purchasing crude oil from Iran in November’.
Aligned with the strategy of putting pressure on Iran’s economy to change the behaviors of Iranian regime, US President Trump has imposed heavy sanctions on Iran. The second round of sanctions – which include banking and oil sanctions – will start from November 4.
Iran International

Iran’s intelligence ministry reportedly said 22 people have been arrested in connection with Saturday’s gun attack on a military parade in Ahvaz. Weapons, exclusive material and communication equipment were seized.
The ministry blamed a “five-member terrorist group” for the attack. Iran’s president alleged on Sunday the men were armed by a Gulf state allied with the US.
The deputy head of the Revolutionary Guards meanwhile warned the US and Israel to expect a “devastating” response, accusing them of involvement.
source: Several websites