Tourism- a Currency Source Not Used in Iran
The tourism industry is not only an economic activity, but also a significant source of non-oil income for governments. The editorial of Ghanoon daily mentions that despite Iran’s existing resources and potentials in this regard, it has not managed to use them properly.
Tourism is an appropriate economic tool that can help governments in removing their economic, political, and global dependence on selling raw materials and fossil fuels, such as, oil and gas. The volatility and fluctuations in oil and gas markets have affected most countries.
The editorial continues with the point that Iran has significant tourism potential due to its geophysical and geopolitical nature, as well as, its mountains, forests, plains and seas. Iran also has a 7000-year old civilization and historical architecture. Iran is one of the most significant seven countries in the world with regard to tourism, but it has not been successful in attracting and developing this market.
By paying attention to its non-oil economy – i.e. tourism industry – the government can create dynamism and productivity in Iran’s economy. By developing its tourism industry, Iran’s socio-economic problems can be addressed.
The editorial mentions that given Iran’s conditions, inviting domestic and foreign investors to construct the best standard hotels in the country, the government can create a revolution in Iran’s tourism industry. The income, revenues, transaction levels, and employment generation of efficient forces in this sector will be the same as drilling and exploiting an oil well or a coal mine.
Ghanoon – January 9

Discrimination in Carrying out the Death Penalty
The editorial of Mostaghel newspaper deals with the double standards in the Islamic Republic when it comes to carrying out the death penalty in two similar cases of economic corruption.
Two individuals accused of corruption have a lot in common: Bagheri Darmani and Babak Zanjani. They were both involved in the oil sector and were both accessories in filming one of the Larijani brothers, Fazel Larijani [in a meeting secretly recorded, Fazel Larijani admitted to bribery and rent seeking]. They both believe that they are paying the price of that film. Nevertheless, how about their corruption and debts? Whereas Babak Zanjani owes roughly $3 billion to the the oil ministry, Bagheri Darmani was involved in defrauding the oil ministry, on a much lesser scale. Bagheri Darmani was executed, but Zanjani was not.
The editorial continues that it all started in the fall of 2016 when Hassan Rouhani announced in a public speech that the judiciary had not handed over Babak Zanjani to the intelligence ministry. Then a year later, it has been said that Zanjani had hacked into emails of the oil ministry from prison. The question is did he do it by himself or did others do it for him?
Babak Zanjani’s corruption is an endless story. At that time, the Attorney General had said that Zanjani’s sentence would not be carried out, until all the money and asserts would be reimbursed. Yet, why wasn’t the same argument used in the case Bagheri Darmani? Did he pay his debts to the oil ministry and banks before being executed?
It seems that a part of the case is about a third person (probably Fazel Larijani) mentioned by Bagheri Darmani in the court. The first time Zanjani was about to be arrested in 2013, Bagheri Darmani took him to this individual so that he would save Zanjani after receiving 10 billion Tomans as a bribe.
The editorial concludes with the death of Bagheri Darmani, who will be accountable for his debts? Why was Bagheri Darmani hurriedly executed, but Babak Zanjani was not?
Mostaghel– January 6

EU Imposes Sanctions on Iran over its Assassination Plots in Europe 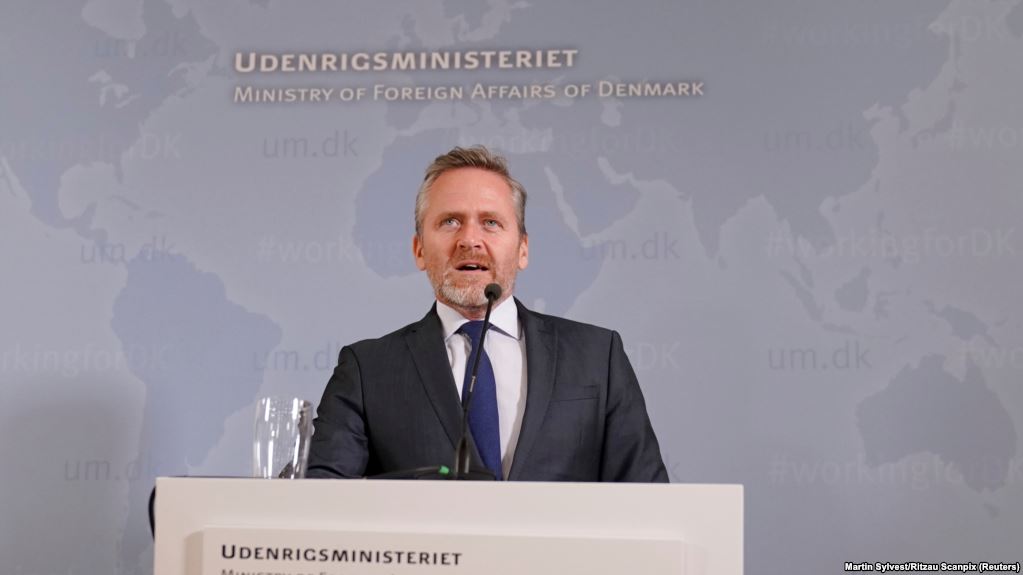 Denmark’s Foreign Minister announced that the European Union has agreed to impose sanctions against one of the intelligence entities of Iran for “plotting assassination attack in Europe”. Anders Samuelson wrote in his Twitter account, “Important day for European Foreign Policy! EU just agreed to enact sanctions against an Iranian Intelligence Service for its assassination plots on European soil. Strong signal from the EU that we will not accept such behavior in Europe.”
The move marks the first time the EU has imposed sanctions on Iran since lifting some sanctions on it three years ago after signing the nuclear deal.
With new sanctions, the European Union will freeze assets of a unit of Iran’s Intelligence Ministry and two of its staff – Saeed Hashemi Moghadam and Assadolah Assadi. Assadi was arrested in Germany for an attempt to plant a bomb at an opposition conference in Paris, and Hashemi Moghadam, the deputy Intelligence Minister, is accused of issuing the order to Assadi.
France, which has already put sanctions on these two men and the ministry unit, has announced that Iran’s Intelligence Ministry was behind the failed attack.
As the EU announced sanctions against the Iranian Intelligence Ministry, the Dutch Foreign Minister Stef Blok said that the Iranian government is responsible for the killing of two Iranian dissidents living in the Netherlands.
In response to the EU’s measures, the Iranian Foreign Minister Mohammad Javad Zarif counter accused the Europeans of “harboring MEK as well as other terrorists” saying that “accusing Iran won’t absolve Europe of responsibility for harboring terrorists”. The Iranian Foreign Ministry Spokesperson threatened the EU that Iran will reciprocate sanctions against Europeans.
Following Zarif’s reaction to the EU’s sanctions, the Iranian “reformist” academic Sadegh Zibakalam wrote in his Twitter account that Zarif’s reaction to the EU’s allegations by accusing the Europeans of “harboring those whose hands are stained with the Iranian people’s blood” is not a response to the accusations but an evasion from answering the questions raised in this regard.
The Islamic Republic is accused of assassinating many dissidents in European countries, particularly during the 1990s. In 1991, for example, the Islamic Republic›s agents killed its former prime minister in his home in France.
Radio Farda
Fars news

The Islamic Republic to File a Lawsuit against Tortured Labor Activist 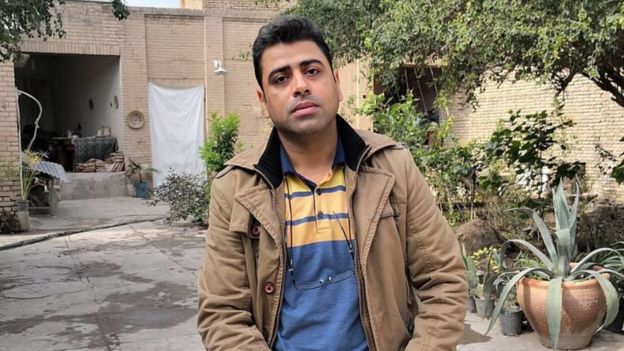 Mahmoud Vaezi, the chief of staff to Iran’s president, reacted to Esmaeil Bakhshi’s claims that he was tortured, by saying, “Intelligence Ministry and Iranian establishment are entitled to file a lawsuit against Esameil Bakhshi”. He added that Bakhshi’s claims question Iran’s establishment. The Intelligence Ministry, in its report to the government, denied Bakhshi’s claims.
Esameil Bakhshi, a worker of Haft Tapeh Sugarcane Factory was arrested during the labor protests in the southern city of Shush. He said that he was severely tortured in prison physically and mentally. Esmaeil Bakhshi was taken into custody on November 18 and was imprisoned for 25 days by Iran’s Intelligence Ministry.
Bakhshi later held Iran’s Minister of Intelligence Mahmoud Alavi accountable for what happened to him in jail, urging him to participate in a “live debate on TV” to answer questions about his case.
On his Instagram page, Bakhshi wrote that he was beaten up and tortured “without any reasons” in a way that he could not move for 72 hours in his cell. “Today, almost two months have passed since that excruciating day, but I still feel pain in my broken ribs, kidneys, left ear and testicles,” Bakhshi wrote. This worker added that he is still suffering from severe anxiety attacks despite the medication that he is taking in this regard. Esmaeil Bakhshi also pointed out that the torturers—who called themselves as “unknown soldiers of the Twelfth Imam”—shouted sexual obscenities at him.
According to Bakhshi’s lawyer, Farzaneh Zilabi, her client has been under growing pressure to retract his accusations.
Iran is accused of using torture and other forms of ill-treatment against political detainees for various reasons such as coerced confessions.
Ali Motahari, the deputy Speaker of Parliament, said if Bakhshi’s claims are true, it is a “cause for shame” for the government, urging that this issue must be followed up to the end.
In the meantime, 34 student groups in a letter to the Intelligence Minister Mahmoud Alavi have called for a debate and have announced readiness to host the event.
In recent months, Iranian workers have held extensive assemblies in the country, especially in the Khuzestan province in protest to their unpaid wages and other union demands. Several other workers are still in detention.
BBC Persian
Tabnak

Iran to Knock Four Zeros off Its Currency 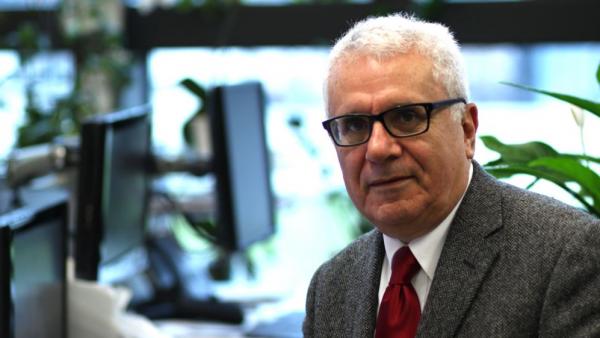 The Central Bank of Iran submitted a bill to the government, proposing to remove four zeros from the national currency. The Central Bank Governor, Abdolnaser Hemati, announced presenting the bill to the government, hoping that the bill will be soon ratified.
The bill is submitted as inflation in Iran has increased under the US sanctions and the national currency has significantly lost its value. Iran hopes to decrease rampant inflation and bolster its national currency by the bill.
Economists and experts do not believe that this measure by itself can solve the problem of inflation. Economist Fereydoun Khavand commented that dropping zeros from the national currency will be effective only if the factors responsible for deteriorating the country’s economy are removed. According to Khavand, Iran’s national currency has significantly lost its purchasing power during the past decade, and what is more important is to regain the value of the national currency.
Meanwhile, the Iranian economy is suffering more under the US sanctions and pressures. Mohammad Javad Larijani, the deputy Chief Justice in International Affairs, said no significant European, American or Canadian company is ready to invest extensively or to transfer technology to Iran.
The Iranian Deputy Oil Minister for International Affairs and Trading, Amir Hossein Zamaninia, admitted to the US success in putting pressure on main buyers of Iran’s oil, saying that the eight countries that have waivers from the U.S. to continue buying oil from Iran refuse to increase their purchases. He added those countries do not buy “even one additional barrel of oil beyond their waiver due to U.S. pressure and leverage.”
The Iranian Parliament’s Research Center warned against the “unleashed inflation” in Iran by the end of the Iranian year (ending in March). The Center’s report mentioned that the volume of liquidity has increased from 506 thousand billion Tomans in 2013 to more than 1,672 thousand billion Tomans, a tripling of the liquidity level during the above-mentioned period.
The statistics by the Ministry of Road and Urban Development show that the condition of housing in Tehran has become much worse than the last year, with a 53.1% drop in housing deals and housing prices show a 91% increase. Those involved in the housing market have predicted a much deeper stagnation in the market by the end of the Iranian year.
The Iranian Parliament’s Research Center has predicted that economic growth will be between minus 2.6 to minus 5.5 percent for 2018-2019.
Tasnim news
RFI