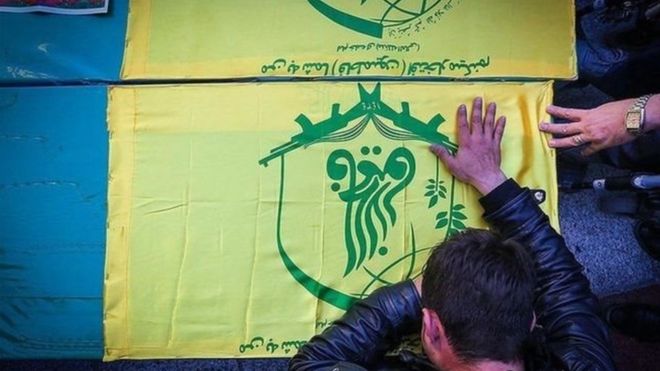 In a recent study published by the Middle East Institute in Washington, the Islamic Revolutionary Guards Corps continues to recruit Afghans despite the concern of the Afghan government of the growing of recruitment of the Afghans by Fatemiyoun division under the command of Iranian Islamic Revolutionary Guard Corps.
The Afghan government, while the Afghan government stressed that the sentiments and beliefs of Afghan immigrants in neighboring countries must not be abused, has implicitly called for the dissolution of the Fatemiyoun Division.
The study, which was discussed on Thursday at the Afghanistan Institute for Strategic Studies was prepared initially by Tobias Schneider, the author of the study, under the title ” The Fatemiyoun Division: Afghan fighters in the Syrian civil war,” and a copy of it has been republished at the Middle East Institute, which has more than 70 years of experience. This research studies the origins and expansion of the Fatimemiyoun Division and its role in the civil war in Syria. The study examines the impact of the Syrian war on the Afghan Hazaras and Shiites in Iran and “transnational insurgency in Afghanistan.” The report does not mention the return of war ex-fighters to Afghanistan, and there is no evidence to suggest that these forces have had a real threat to Afghanistan. 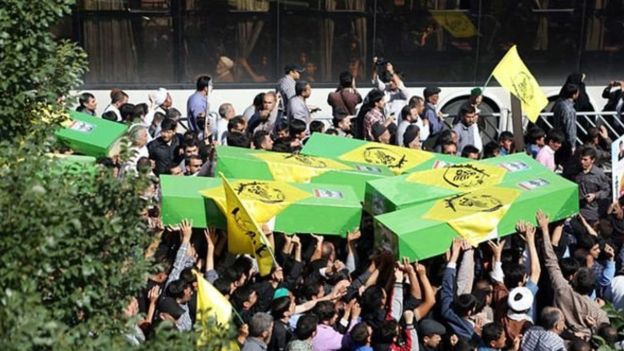 The key points of this research are as follows:
The Fatemiyoun Division is an Iranian-led Shi’ite militia active in Syria composed primarily of ethnic Hazara residents in Iran. Founded in the early 1980s by Afghan devotees of Ayatollah Khomeini, the division and its precursors have fought in the Iran-Iraq War and Afghan civil war before recently re-emerging as part of the Islamic Revolutionary Guard Corps’ expeditionary force in Syria.

Recruited from among Iran’s large and disenfranchised Afghan refugee population, potential fighters are often enticed to sign up with promises of generous pay, legal residency, and social status upon return. Others report being coerced into joining with threats of arrest and deportation.
Survivor accounts suggest Fatemiyoun fighters are often mentally and tactically unprepared for combat, leading to outsized casualty rates, as the division is deployed along the most dangerous front lines, operating heavy weapons such as tanks and artillery.
The Afghan government has outlawed the group at home due to concerns of spillover effects, but evidence suggests clandestine IRGC recruitment continues.
This report, quotes the Iranian Kayhan newspaper on the formation of the Fatemiyoun group. The Kayhan newspaper lists the origin of the Fatemiyoun group as “a small army and volunteers,” called “Mohammad’s Revolutionary Guards Corps” who fought in the Iran-Iraq war, and later returned to Afghanistan in the 1990s to fight the Taliban, but according to the Kayhan report, it has been forced to be dissolved later.
The reason for the dissolution of this group was the fear of prosecuting by the then new Afghan government and US-led coalition supporters. The fighters later came to Mashhad, Iran, and sent to Syria under the command of Alireza Tavassoli to “defend the Zeinab shrine” in Damascus.
According to the study that quoted Mohammad Hassan Hosseini, one of the Fatimid commanders who was later killed, stating the total number of the Fatemiyoun Division was “realistically is ranging between 12 to 14 thousand warriors.”
Ahmed Shoja, the editor of the ‘Review of General Policy Georgetown’ magazine, believes that the motives of Afghans to engage in the Syrian war are ideological, financial, and adventure, but the financial issue has always been the main issue.
According to Mr. Shoja, the discussion of the Fatemiyoun Division fighters in the media has also been magnified because there is little information about the group that should be considered in sensitive situations in Afghanistan.
Shoja says deliberate non-extension of residence of Afghan refugees, especially the members of the Fatemiyoun Division in Iran, is a leverage of pressure from the Iranian government, which has always caused the Afghan refugees to be in a weak and vulnerable situation against Iranian demands. 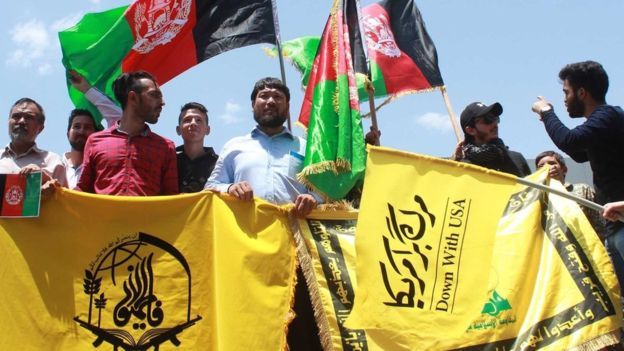 Mr. Shojai emphasizes the reintegration of the Fatimid members into Afghan society and believes that if there is no action, because of economic poverty, it is likely that they will rejoin the group.
Arian Sharifi, a researcher and former chairman of the ANSF’s Office of Threats Assessment, pointing to the presence of “14 to 21 thousand” Afghans in the wars of Syria, Iraq, and Yemen in 2017, calls this a “massive threat” for the citizens of Afghanistan, and believes The Afghan refugees in Iran are more likely to be threatened. According to Mr. Sharifi, the members of the Fatemiyoun Division can return to Afghanistan because they are ideological soldiers and a potential force that could be engaged and deployed in Afghanistan’s internal conflicts.