I have participated in 30 difficult and bloody operations against ISIS. I have been wounded on three occasions. The IRGC officials did not make good on the promises they made to us. They even refused to treat those who were injured among the Fatemiyoun Division. I am now wounded. I cannot work, and I am trying to return to Afghanistan. But I have reached the conclusion that our doctrine and our need have been exploited. These were the words of Mohammed Dansh after four years in the ranks of the Fatemiyoun Division. He is now homeless in Iran due to the injuries he sustained during the battles in Syria.
He was earning his living in Iran as a worker. He joined the Fatemiyoun Division earlier in 2015 when ISIS expanded its control over parts of Syria and Iraq. At the time, the IRGC had been preparing an army made up of the Afghan migrants in Iran.
Dansh says that he was wounded on three occasions during the war against ISIS. He was sent to receive treatment at the IRGC hospitals. But they did not receive him. He said that he was disappointed and frustrated due to the promises that the IRGC did not fulfill. He is looking for ways to return to Afghanistan. Dansh, along with hundreds of Afghan migrants in Iran, was used for the war in Syria. Currently, Iran desires, or is being compelled, to drive these forces out of Syria. Members of the Fatemiyoun Division oscillate between returning to Afghanistan or enduring the circumstances of remaining in Iran.
Are Members of the Fatemiyoun Division Mercenaries or Indoctrinated Combatants?
The Fatemiyoun Division was formed on May 12, 2013 by the commander of the Quds Force, Qassem Soleimani, with the aim of fighting ISIS. It was first under the command of Alireza Tosli, known as Abu-Ahmed, who is one of the Afghan migrants in Iran. This Division played a pivotal role in the war in Syria. A year ago, its troops totaled 36,480 recruits. Although the activities of this Division are being conducted under the guise of defending the shrines of Ahlul-Bait, combating the ideologies seeking to wipe out Shiites and serving Shiism, the generous promises made by the IRGC officials to the Afghan migrants, who left their country due to poverty and hunger, are considered the main factors in mobilizing recruits for this Division in the Syrian war. An Iranian ID, monthly wages for the recruits and their families and the continued support for the families of those killed in the war were among the promises that encouraged thousands of Afghan migrants over the past five years to join the raging frontlines in Syria.
International human rights organizations, as well as the Afghan government on several occasions, blasted the recruitments being carried out by the Iranian government among the Afghan migrants, who are sent to fight in Syria and Iraq. They considered this a flagrant breach of the international norms and practices related to migrants. But the Iranian government formed a 34,000-strong army. It is a large army made up of migrants. Iran paid no heed to all these criticisms. Now the war in Syria has ended and thousands of the Fatemiyoun Division’s fighters returned to Iran and Afghanistan. Several of them say that the Iranian government exploited and used them as a tool in the Syrian war. The wage of each member in this Division never exceeded three million tomans per month, which is equal to the wage of a soldier in the Afghan army. 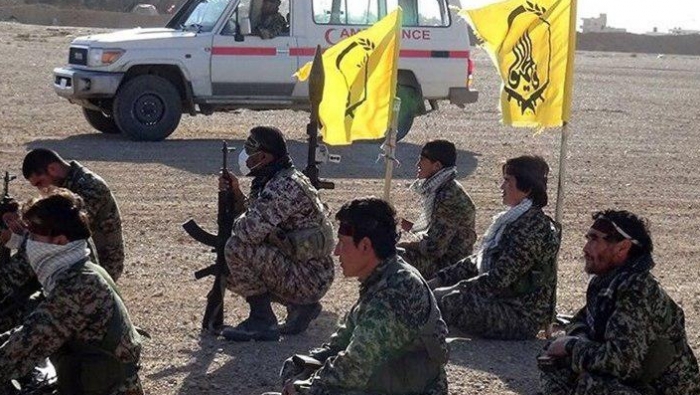 Ferhad Amiri, who is based in the province of Sari Pul north of Afghanistan, is one of the members of the Division. Over the past two years, he has participated in 15 operations against ISIS in different parts of Syria. He says that he travelled to Iran five years ago due to poverty and unemployment in Afghanistan. There, he received the pay of a worker. He was attracted by the propaganda of the IRGC calling for joining the Fatemiyoun Division. He said that the IRGC officials promised him and his colleagues that they would get an Iranian ID card if they survived and returned alive from the war. At the time, Ferhad could barely survive with his wounded body in the city of Sari Pul. A year ago, and after the severe wounds he sustained, he returned from Syria to Iran to receive treatment with the aid of the IRGC. When he went to the IRGC in Tehran to get financial aid and treat his wounds, he was sent to the Afghan border. He is no longer fit for the battleground. Therefore, they expelled him from Iran with his threadbare bag of clothes and wounded body.
Ferhad says: “The IRGC made countless promises to attract migrants to partake in the war in Syria. But afterwards, we realized that all these promises were false. If they made good on these promises, I would retain my health now, and my body wouldn’t be devastated by war. And I am looking just for a piece of bread to keep me alive.” He expressed regret over Iran’s exploitation of the poverty and ideology of the migrants who had placed their trust in Iran.
He has horrific stories to tell about the war in Syria and the death of his comrades. In an operation in Damascus, he went with 1,700 of his colleagues. Only 300 were able to survive after ten hours of fighting.

Many Families With No Earner
Mahmoud Sadat, one of the commanders within the Fatemiyoun Division who partook in military operations from 2014 till late 2018, says that over the past six years, nearly 5,500 members of the Division have been killed, 12,000 recruits have gone missing and nearly 7,000 people have been wounded. Mahmoud, who worked in different military ranks in the Division, says he participated in 90 percent of the Division’s operations in different parts of Syria such as Damascus, Idlib, Jorin and Aleppo. He was wounded four times. Although he believes that he fought in defense of the holy shrines, he is annoyed by the IRGC’s heedlessness towards those wounded and the families of those killed in the Syrian war. He says that he personally does not expect to get money or an Iranian ID from the IRGC, but the promises made to the families who lost their breadwinners and their men who were killed in Syria should be implemented.
Social media platforms and the Telegram channel of the Fatemiyoun Division speak of holding ceremonies everyday to appease the women and children of those killed in Syria. But members of the Division say that the program is merely a lie and a deception. Visiting the shrines of the war dead, celebrating the birthdays of the sons of those killed and the condolences sent by the Supreme Leader’s representatives to the mothers of those who died are among the programs promoted daily on the social media outlets affiliated with the Division.
Dansh says that over the last six years, the heavy death toll of Afghan migrants in the Syrian war has meant that thousands of families in Afghanistan have lost their breadwinners.
According to Dansh, the IRGC promised the Fatemiyoun Division’s members that if they were killed in battle, their families would get Iranian IDs and they would receive permanent aid from the government.
But it seems that the only thing that happens now is holding birthday parties for the orphans and visiting the graveyards of those killed. 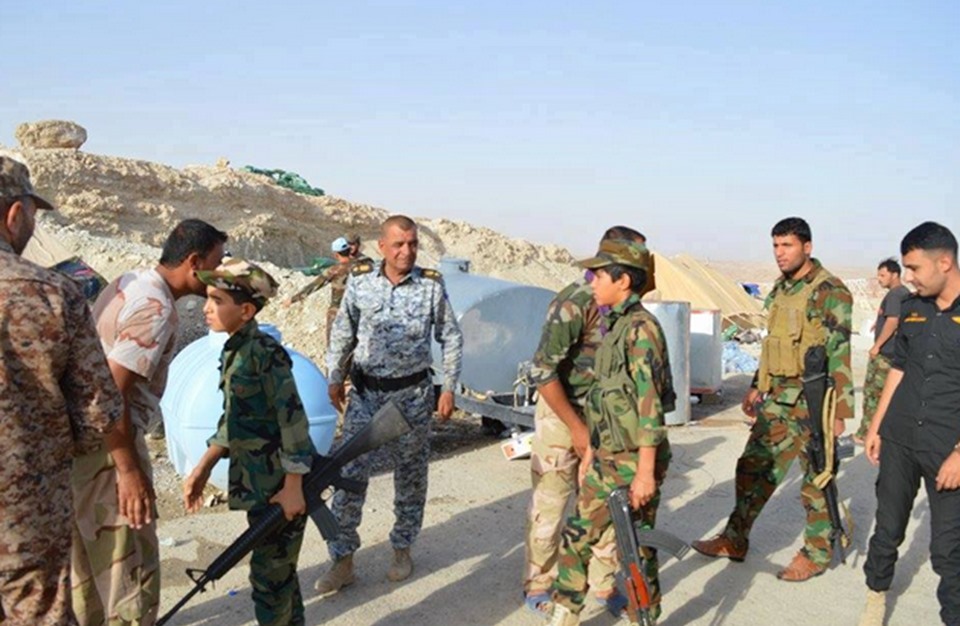 Children are Recruited as Soldiers in the Fatemiyoun Division
The consequences of the war in Syria also hit migrant children in Afghanistan. The Human Rights Observatory announced in October 2016 that the IRGC had sent children who are under the legal age of puberty, 18 years, to fight in Syria under the banner of the Fatemiyoun Division. The Observatory said that a graveyard including corpses of eight children was spotted. They were killed in Syria. The Observatory said that this act by the Iranian government is evidence of the war crimes it committed. In an interview with the Zamaneh website, members of the Fatemiyoun Division confirm that there are children under 18 being recruited in the Division. Mahmoud Sadat said that hundreds of migrant children in Iran were being recruited to the Fatemiyoun Division voluntarily or through the propaganda of the IRGC. Many of them were killed due to the lack of military expertise.
Mahmoud believes that poverty was the principal factor causing the migrants to join the Fatemiyoun Division, particularly the children. This is because the pay of workers has declined in recent years in Afghanistan due to the slump in the value of the Iranian currency on the global market.
The Telegram channel of the Fatemiyoun Division published an advertisement on the adolescents who died in the Syrian war dated March 9. This document was published on its social media platform entitled ‘Anniversary of the Martyrs Killed While Defending the Holy Shrines’ with pictures of several adolescents being posted featuring them wearing the military uniform. Other images were published by media outlets affiliated with the Fatemiyoun Division featuring the fighters of the group. The presence of adolescents was clear in these pictures. This indicates that the IRGC spared no means to achieve its aims in Syria.
The International Criminal Court stipulates that forced or voluntary recruitment of children under 15 years in the armed forces or using them to partake in armed struggles, constitutes a war crime.
Razia Mousavi, a media activist in Mazar Sharif, whose brother joined the Fatemiyoun Division without the family’s permission due to the propaganda and promises of the IRGC, says Iran exploits the needs and ideology of the migrant Afghans in its military adventures mercilessly.”
Mousavi, who prepared several documentary reports on the Afghan presence in the Syrian war, says that she knows many families who lost their sons. They were under 18. She said that although the Iranian government did not fulfill the promises it made regarding the Syria war dead and wounded, it did not exert the faintest effort to transport families from Syria to Afghanistan for their families to bury them. Mousavi believes that migration is a natural phenomenon and is a human right. But the Iranian government exploits the Afghan migrants as a tool for war and a means to exert pressure within its diplomacy. 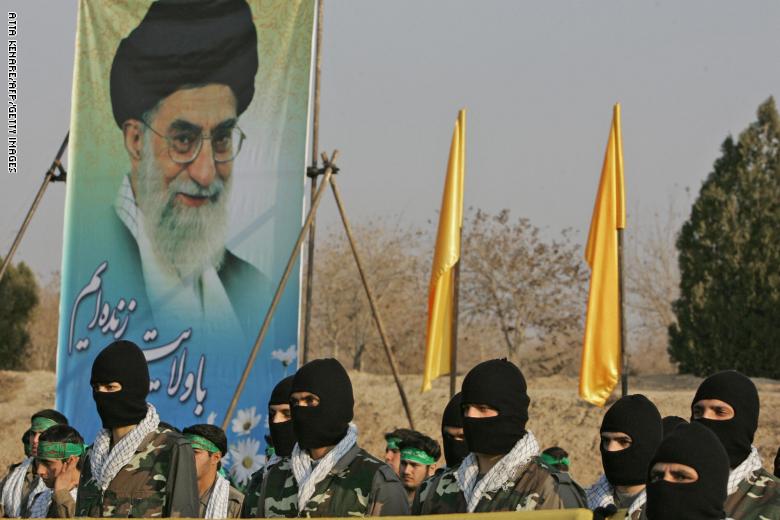 The War is Over, but for the Fatemiyoun Division, it is Not
Now, as the war has ended, part of the Fatemiyoun Division remained in Syria and another part returned to Iran and Afghanistan. Mohammed Dansh is still in Iran. He is based in one of the camps of the Fatemiyoun Division. He quotes two leaders of the group, Mortazavi and Sayed Javad, as saying that there is a plan to select 7,000 recruits from among the 34,000-strong force to join the Quds Force of the IRGC. It remains unknown why the IRGC wants to keep 7,000 armed recruits inside Iran. This measure raised concerns that this force will be used to repress protests inside Iran.