The first in Saudi Arabia, the ninth in the MENA  and the 169th in the  world, Rasanah Institute takes leading positions on the global ranking
It has been three years since the establishment of the International Institute for Iranian Studies (Rasanah), which is founded and chaired by Dr. Mohammed Alsulami. The institute has taken leading positions on the global rankings for 2018/2019. In the global ranking covering more than 8,200 think tanks and civil society organizations issued by US’s University of Pennsylvania, the institute ranked first in Saudi Arabia, ninth in the Middle East and North Africa and got the 28th position in terms of the best specialized regional studies centers. The institute has been included in the comprehensive global ranking, placed in the 169th position.  It is also among the best newly established centers on the annual global ranking for the studies’ centers.
University of Pennsylvania’s report classifies studies centers based on their significance according to some indications. They include managing and regulating the human and intellectual resources, the scientific and intellectual production, the degree of influencing decision-making and steering policies. The report displays the centers ranked globally, across the geographic regions and objective fields of work and production across the world. The program consists of three main stages: stage of nomination and recommendations, stage of accurate ranking and picking experts to begin the final ranking. Final results come out by the end of January each year.
The university’s annual report on the think tanks and civil society organizations reflects the growing importance of the think tanks and studies centers which work to fill the vacuum between knowledge and general policy. They also outline future perspectives for development agendas as well as planning for general policies.
The International Institute for Iranian Studies (Rasanah) held on Thursday the second meeting for the Saudi think tanks in partnership with University of Pennsylvania. The meeting was on the importance and future of think tanks in policymaking in light of the massive data and artificial intelligence. The symposium broached on three axes. The first axis discussed the impact of the massive data on getting to facts and analyzing policies. The second axis discusses the role of artificial intelligence in the transformations related to think tanks. Finally, the third axis focused on the future of thought in light of the phenomenon of social media platforms and information security. 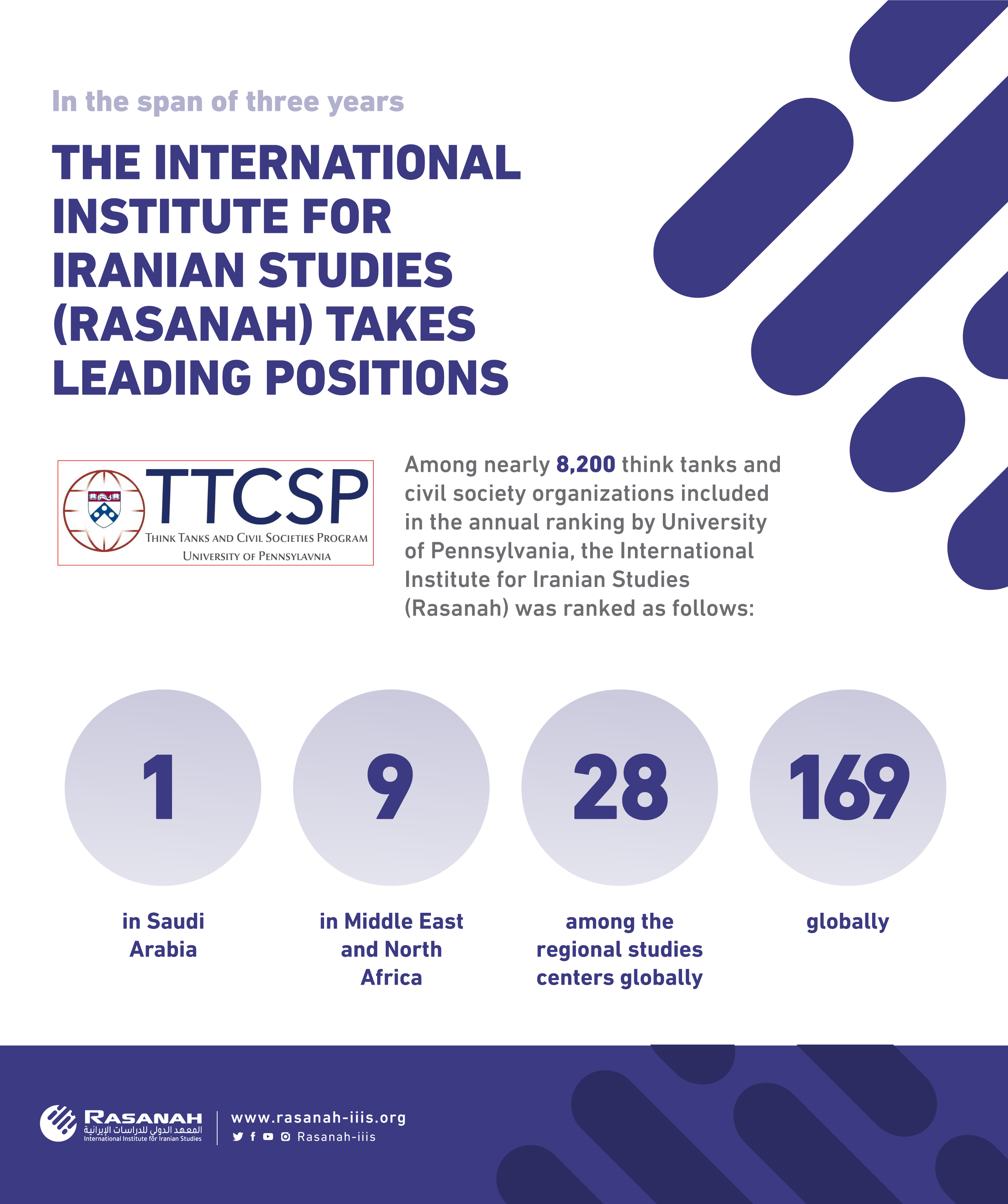