The International Institute for Iranian Studies (Rasanah) issues its monthly report (Iran Case File) for the month of November 2018. The report highlights the most prominent developments on Iran’s arena during the month of November 2018, to provide the reader interested in Iranian issues with an accurate description of Iran’s situation during the period under review and analysis.
The report includes three main sections, the first deals with Iran’s domestic affairs, the second focuses on Iran’s interactions with the Arab world, and the third deals with Iran’s movement at the international level.

The Domestic Affairs section deals with four files, the first focuses on the ideological aspect through several interactions at the level of the religious seminary, the most important of which was the statement made by Qadiani regarding Velayat-e Faqih which he said contributed towards spreading mischief in society.
The political file deals with the argument between the Foreign Minister Mohammad Javad Zarif and the fundamentalists, following Zarif’s statement in which he confessed to money laundering in Iran and that the international accusations against Iran are true. Although Zarif said that he does not know who is responsible for money laundering, and if he knew he would reveal the names, the Iranian conservatives attacked him and demanded that he be questioned in parliament or removed from office immediately without questioning.
The military and security file deals with Iran’s re-deployment of its warplanes on its eastern border by assessing the situation on the ground and the developments in the deploying of its fighter jets in its three bases in the eastern region bordering Afghanistan and Pakistan, the bases of Mashhad, Birjand and Zahedan. The reasons behind this redeployment and deployment are analyzed. 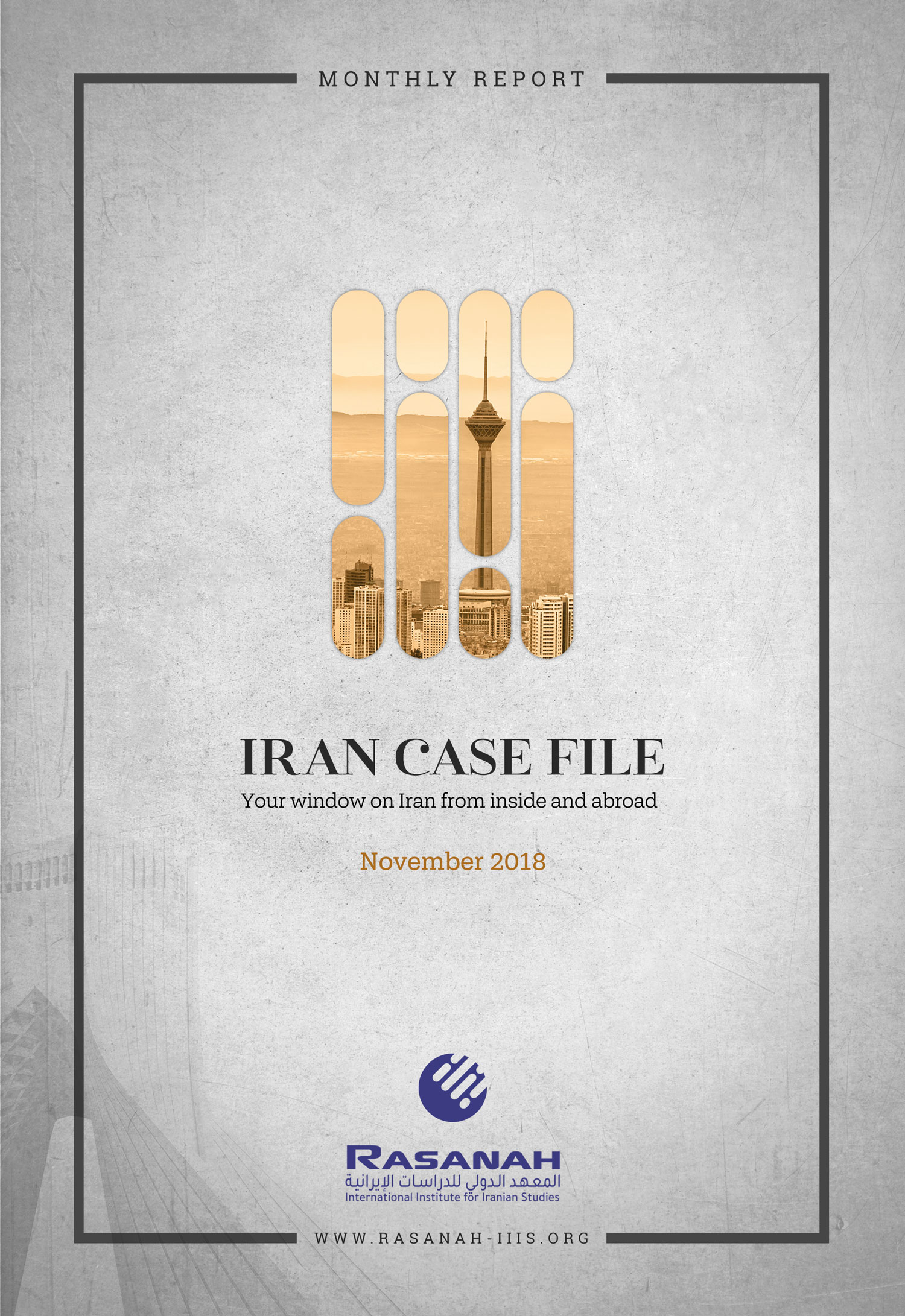 Following the deployment of the Iranian air force in Birjand civilian use of the airport declined, and revenues from domestic tourism declined after the number of flights decreased. Khorasan has become threatened to be isolated from the rest of Iran. A campaign was launched in the local press condemning this measure. The file examines the dimensions of the Iranian system’s budget particularly the trade-off between security and development actors in decision-making.
The economic file deals with the issue of Iran’s decision to sell its oil on its Energy Market Exchange to complete sales by the supply of specific shipments at prices lower than global prices and to guarantee payment facilitations. The sale of oil is important or Iran’s treasury and selling small shipments to the private sector makes the process of tracking sellers and buyers harder.

The Arab Affairs section was divided into three main files: The first discusses the position of the new Iraqi government on Iranian gains in Iraq, such as its position regarding deploying the Popular Mobilization forces throughout Iraq, and political alliances loyal to Iran, as well as, its position towards relations with the Arab world and the Gulf. This comes in light of the Iraqi Foreign Ministry rejecting the demand of the US Embassy in Iraq to disarm and demobilize Shiite militias.
The second deals with the latest developments in Iranian policies in Syria, reviewing the policy of demographic change as a strategic option for Iran in Syria. This is in light of what was published in the Israeli newspaper Jerusalem Post that the Syrian government has given the Lebanese Hezbollah and Iran’s Revolutionary Guard fighters “citizenship”.
The third focuses on the declining influence of the pro-Iranian Houthi group through qualitative progress of the Yemeni forces supported by the Arab coalition forces to support legitimacy in Yemen and the many divisions among the Houthis, especially the defection of its so-called Information Minister and the evidence proving the Iranian system’s backing of the Houthis.

The International Affairs section deals with four files. The first file examines the American and Iranian policies after the second package of US sanctions on Iran entered into force on November 4, 2018. US policy is moving towards continuous escalation to reach a stage of extreme pressure on the Iranian system.
The second file examines the positions and options of China towards US sanctions on Iran, which came into force on November 4, 2018. It also touched on the motives of China’s political and economic position, China’s international position and its future relations with Iran.
The third file discusses European-Iranian relations that are in a very sensitive stage and are affected by the European Union’s dealings with the US sanctions imposed on Iran and the extent of its ability to implement Iran’s demands to continue the purchase of Iranian oil. Also, the development of an alternative banking channel by which oil trade between the Europeans and Iran can continue are discussed, as well as, Iranian demands to close the doors on negotiations concerning Iran’s nuclear program, and its missile program for it to stay in the nuclear agreement. The Europeans have not been successful yet in setting up an alternative financial mechanism to buy Iran’s oil, but they seek to meet the other Iranian demands to ensure that Iran remains in the nuclear agreement.
The fourth file covers the most important developments in Turkish-Iranian relations against the backdrop of US sanctions. It also focuses on the Turkish government’s position on the sanctions. It discusses the US exemption for Turkey from the second package of its sanctions, while addressing Turkish efforts to help Iran circumvent the sanctions imposed by the United States.