The International Institute for Iranian Studies (Rasanah) issued its monthly Iran Case File for April 2019, which explores the most prominent developments in the Iranian arena and provides readers with a comprehensive view of Iranian affairs during this month. The report is divided into three main parts: Internal Affairs, Arab Affairs and International Affairs.
Internal Affairs is divided into four files: the Ideological File, the Political File, the Economic File, and the Military File. The Ideological File investigates a suspicious relationship between Iran and al-Qaeda. It began when the Iranian Red Crescent Society was conducting relief work in Bosnia and Herzegovina. This move shows the closeness between Iran and Al-Qaeda despite their explicit ideological divergence. 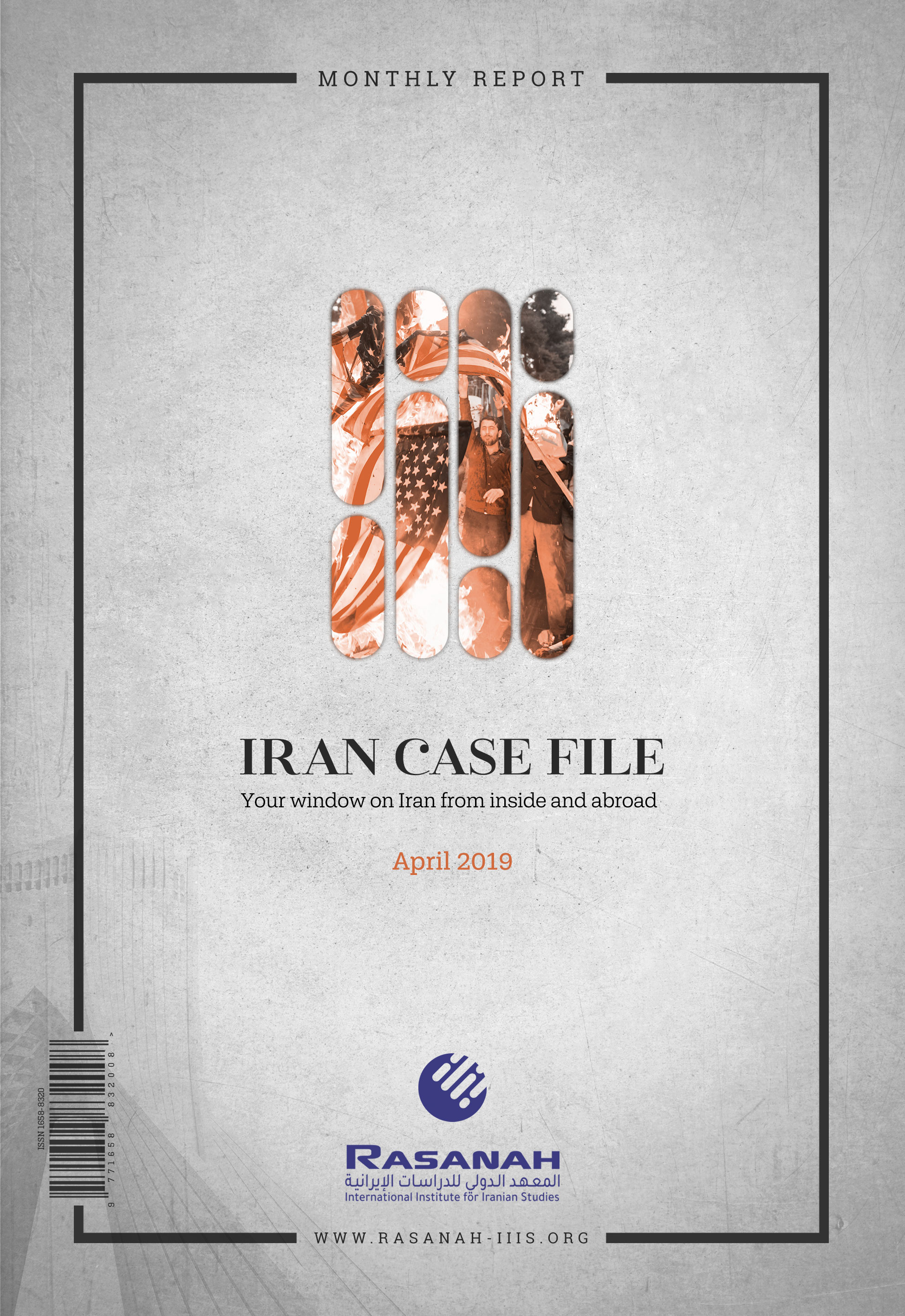 The Political File highlights the Iranian government’s response to ending sanctions waivers on the eight countries importing Iranian oil and the United States’ continuous attempts to tighten the economic siege on Iran.
The Economic File is devoted to discussing issues such as inflation and unemployment. It has been noted that inflation rates have increased significantly during this month, especially in the food sector due to the floods that massively affected the agricultural sector. The Iranian people have on the one hand faced the misery stemming from US sanctions and on the other hand experienced the flooding disaster, while a regime seeking political and sectarian expansionist goals has ignored the human suffering. The Military File discusses the Supreme Leader’s replacement of Mohammed Ali Jafari as the commander of the Revolutionary Guards and the appointment of Major General Hussein Salami. Khamenei’s step was interpreted in several ways, all of which confirmed Khamenei’s dominance and control over the Revolutionary Guards.
Arab Affairs sheds light on the two visits paid by senior Iraqi and Saudi delegations to Riyadh and Baghdad, respectively, representing two important steps for Iraq to re-enter the Arab sphere which will contribute to curbing Iranian meddling in Iraq. It also discusses the Iranian intervention in the Yemen crisis. Iran continues its intervention through supporting the Houthis with weapons and inciting them to threaten maritime navigation in the Red Sea while showing more intransigence towards the UN-sponsored peace talks, the foremost of which were the Stockholm talks.
International Affairs explores the US maximum pressure strategy on Iran and the designation of the IRGC as a terror organization. This is the first time that the United States has identified the regular armed forces of a foreign country as a terrorist entity. It also revoked the exemptions granted to countries importing Iranian oil in a bid to bring down these exports to zero. Regarding Europe-Iran relations, the report examines the European responses to the US decisions. As for Russia-Iran relations, the report studies the Syrian crisis and its implications on the bilateral relations between the two countries. Finally, the report studies the significance of Pakistani Prime Minister Imran Khan’s visit to Tehran and the escalating tensions between the two countries due to continual armed attacks by Iranian Balochi opposition groups.