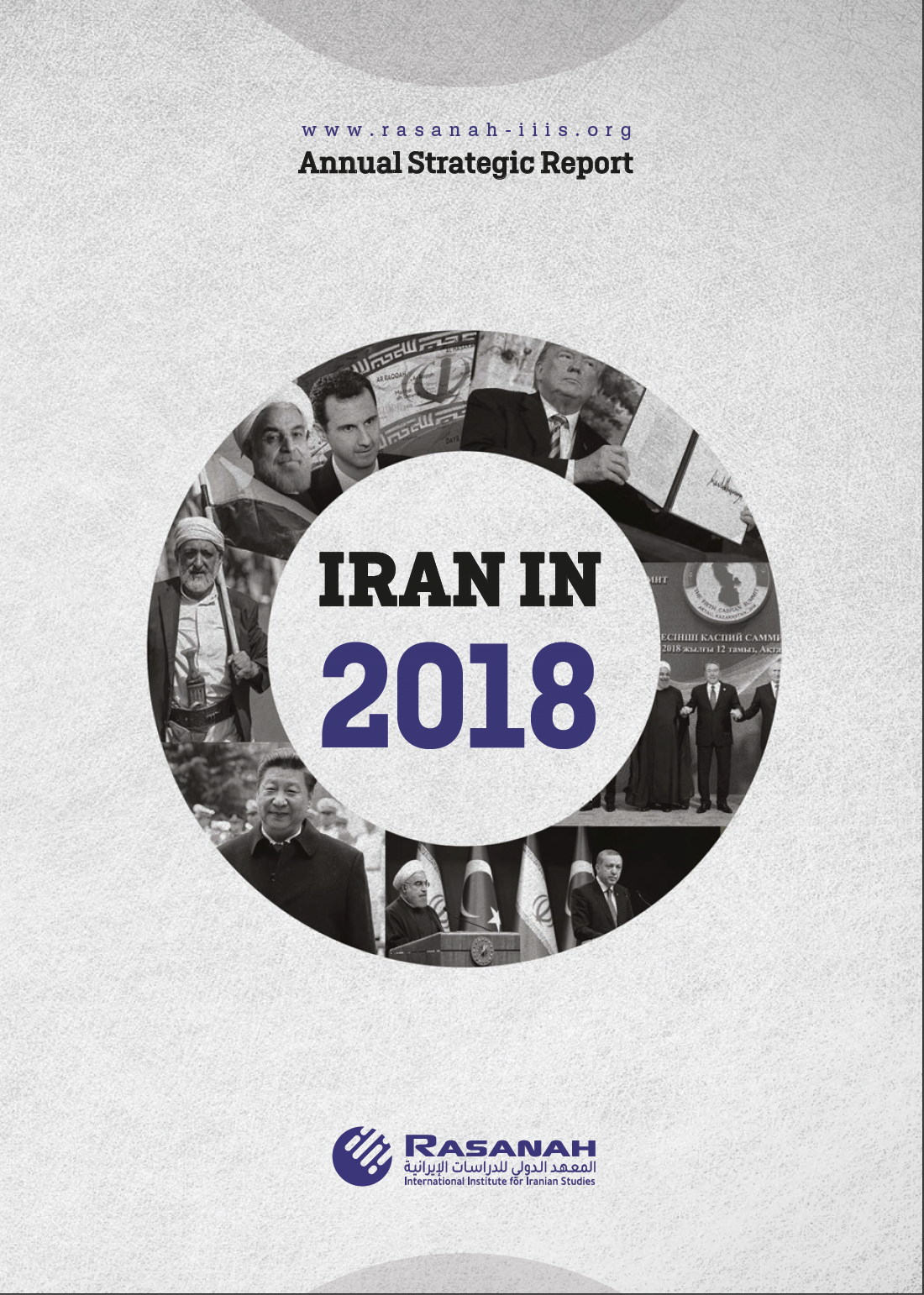 The International Institute for Iranian Studies (Rasanah IIIS) has published its Annual Strategic Report exploring Iranian affairs in 2018. Through in-depth analysis, Rasanah’s researchers provide a comprehensive review as well as insight into possible future scenarios related to Iran. The report consists of three main chapters: Internal Affairs, Arab Affairs, and International Affairs.
Internal Affairs: This chapter is divided into five files. The Ideological File discusses the aggressive conflicts between the three ideological entities in Iran: the regime, the people, and the Hawza. The Political File explores the decline in the popularity of President Hassan Rouhani following the US withdrawal from the nuclear deal, the blows he received from the hardliners, and the unprecedented pressure on the moderates in his government, including the Foreign Minister Mohammed Javad Zarif. The Military & Security File analyses the most significant attacks in Iran: the attack against the IRGC military parade on the annual anniversary of the 1979 revolution, and the militant outfit Jaish Al-Adl kidnapping 12 Iranian soldiers belonging to the IRGC and to Iran’s border guards. In addition, it discusses Iran’s plans to modernize its military arsenal despite US sanctions. The Economic File provides through accurate statistical analysis an overview of Iran’s economic crisis, and predicts that the Iranian people will face harsher living conditions as well as Iran’s economy falling into a greater recession because of the US sanctions.
Arab Affairs: This chapter analyses Iran’s maneuvers to expand its spheres of influence through its armed proxy militias in Yemen, Iraq, and Syria, jeopardizing Arab and regional security. It also highlights recent developments in Gulf-Iran relations.
International Affairs: This chapter explores US-Iran relations, following Trump’s new strategy towards Iran, thwarting Obama’s foreign policy achievement; the JCPOA. It also deals with Europe-Iran relations: the European position on the nuclear agreement, the EU and European troika’s pledge to protect their interests with Iran, and the European attempts to mitigate the US sanctions imposed on Iran through creating an alternative financial transaction system. Moreover, it studies the impact of the US withdrawal from Syria on Russia-Iran relations and how the Russians seized the opportunity to invest in Iran; as well as Chinese objections to the imposition of US sanctions on Iran and Beijing’s willingness to continue trading with Iran, highlighting that China will remain Iran’s most strategic economic partner. According to Turkey-Iran relations, the report unveils the economic partnership between the two countries and their coordination in the Syrian crisis.
It is worth mentioning that Rasanah, an international non-profit think tank, publishes research papers, as well as monthly and annual reports on Iranian affairs. It also provides strategic studies and courses pertaining to Iranian affairs, in addition to holding seminars, workshops, and conferences on issues concerning Iranian studies. In the 2018/2019 global think tank rankings carried out by the Think Tanks and Civil Society Program at the University of Pennsylvania, covering more than 8,200 think tanks and civil society organizations, Rasanah ranked first in Saudi Arabia, ninth in the Middle East and North Africa, 28th among the best specialized regional studies centers, and 169th worldwide.
The 2018 Annual Strategic Report can be viewed or downloaded at: http://bit.do/Iran-in-2018