On May 28, 2018, President Hassan Rouhani’s office invited many artists and intellectuals to a breakfast in Ramadan. However, President Rouhani and Iranian society has been surprised by their [intellectuals and artists] rejection, and they posted their reasons on social media. The list of invited artists, intellectuals and filmmakers included the actor Parviz Parastui, the director Maziar Miri, the actress Shila Khodadad and the actor Borzo Arjmand.
The presidential invitation is held every year during the month of Ramadan, but this time it was different. Under the hashtag, “We will not go for breakfast,” actors and filmmakers wrote their reasons for rejecting the president’s invitation, which pivoted around President Rouhani’s failure in taking any serious step to solve the chronic socio-economic problems in Iran. 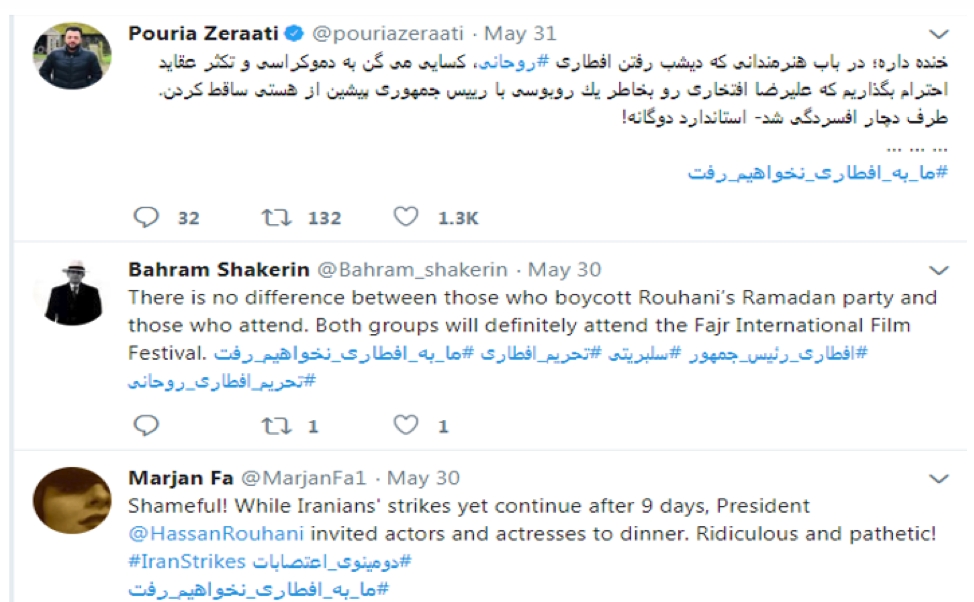 Arrests of activists and poor economic conditions
Most of the intellectuals and artists who rejected President Rouhani’s invitation were his supporters during his election campaign between 2013 and 2017, however now they feel despair and disappointment over his promises, none of which have been implemented. 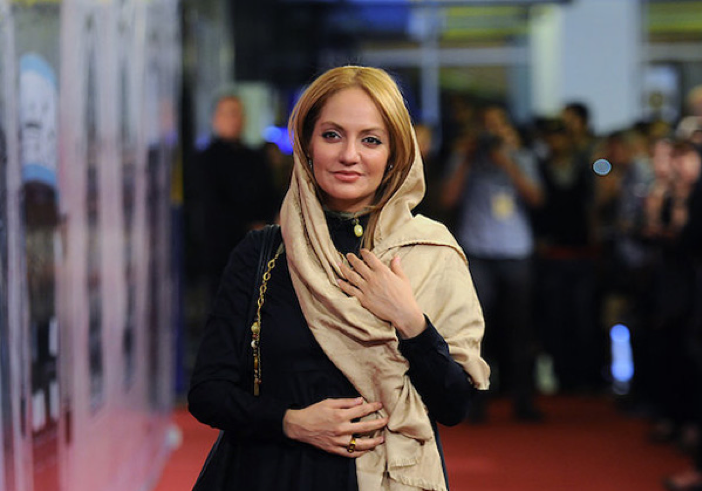 The famous actress, Mahnaz Afshar twitted to President Rouhani why she refused his invitation, while criticizing the arrest of human rights activists in Iran such as Atena Daemi, a child rights activist who was sentenced to 14 years in prison.
The actor Parviz Parastui rejected President Rouhani’s invitation because of poor economic conditions in Iran. He said, “Such celebrations are costly, I think there is no need to spend all these expenses in the middle of such difficult circumstances that the Iranians are going through.”  He added that if President Rouhani wanted to know the opinions and problems of the people, he must consider the views of artists and intellectuals, as Iranians are expressing their crises in different ways every day. 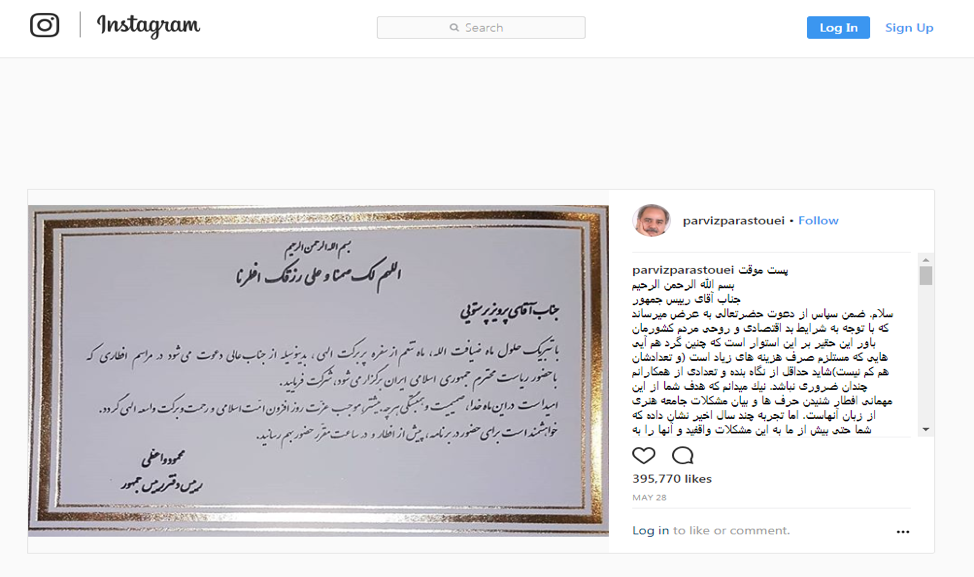 The Iranian government advocates itself
The rejection of President Rouhani’s invitation sparked many discussions, some reformists considered this move against the interest of the country and a chance by opponents to ignite the issue on social media to stir confusion at this critical period.
The conservatives were very pleased with the move, exploiting it to prove that President Rouhani’s government has failed in everything to the extent that his supporters have become opponents.
In the middle of these two divergent positions, a more rational and neutral one appeared that viewed this rejection as a positive indicator of the political climate in Iran. The support of the artistic and cultural community for President Rouhani does not mean he is beyond criticism, as it is one of the constitutional rights guaranteed to all Iranian people.
In response to this rejection and criticism the government Spokesperson Mohammad Bagher Nobakht said, “The government is doing its utmost to develop the Iranian economy. The government has spent more than 97 trillion Tomans to provide decent social care to the Iranians.” Also, in reaction to the comments by some artists who criticized the spread of poverty in Iran, Bagher said, ” The dining tables of Iranians are filled with more food than last year.”

Not the first time
In May 2017, after the re-election of President Rouhani for a second term, Iran’s intellectuals and artists found it to be a good time to remind President Rouhani of their support for him in the first and second elections. Also, they reminded him of not fulfilling his slogans and his promises to them, as they still suffer from restrictions and despair.
The Iranian journalist Hossein Alizadeh wrote a report in the Vaghaye Daily indicating the banning of concerts in Iran during the reign of President Rouhani. Alizadeh said, “Most singers and musicians suffer from many restrictions to hold their concerts despite the President Rouhani being a moderate.”
In the report, Alizadeh described the reasons for banning concerts as arbitrary. “All the concerts that were canceled had the necessary permits from the Ministry of Culture and Guidance but were revoked by the judiciary without any explanation.”
The revoking of permits was not only on concerts, hundreds of filmmakers protested their film permits being revoked after receiving permission from the Cinema Censorship Board. They accused Rouhani’s government of not providing solutions to their problems and for the real reasons behind their permits being revoked not declared.

Cultural life must remain in the hands of intellectuals only

In the context of these repercussions, the prominent Iranian critic Khashayar Dehimi criticized the lack of response to the demands of intellectuals, saying “The demands of the Iranian cultural community is continuing because it did not receive the attention of officials.” “One of the most important demands of intellectuals in Iran is that cultural issues remain in their hands, not in the hands of a group of officials and administrators, also not under the control of the Ministry of Culture and Guidance, which is controlled by the regime,” he said to ILNA.
Khashayar called for President Rouhani to pay attention to cultural life because it reflects the opinions and demands of the people sincerely and honestly and not reports written by politicians.

Recent protests: alarm bells ring
In late 2017, large-scale demonstrations took place in most Iranian cities against poor economic conditions and the country’s foreign policy. Many artists and intellectuals reacted to the protests and supported the need for reforms as soon as possible, and they also demanded to “make radical changes in the Iranian regime.”
On January 18th, 2018, the Iranian Writers Association issued a statement following the protests in Iran that included several demands, notably “The immediate and unconditional release of all former political detainees and those recently arrested at the demonstrations.”
In its statement, the Association criticized the use of violence by the security forces against the demonstrators, despite their constitutional right to express their opinion.
At the same time, a separate group of Iranian poets and writers issued another stern statement, describing the recent demonstrations as an alarm bell that seemed to shake the ground from under the feet of the regime and they condemned the widespread corruption in all state institutions, which harmed Iranians and their right to life.
The cultural community took advantage of the demonstrations and demanded changes in the Iranian regime, the need to improve the economic situation, social justice for Iranian women, and the end of religious and ethnic discrimination.

Mohsen Makhmalbaf, who has written a lengthy letter to reformist politicians, has harshly criticized the reformers. He said, “I hate the reformist government that has done nothing for Iranians, despite Rouhani’s presidency which has lasted years.” Makhmalbaf accused the reformists of not implementing their reform promises, and just sloganizing during the elections, with everyone knowing the fate of which rest in the hands of the Supreme Leader.

We want to end the restrictions 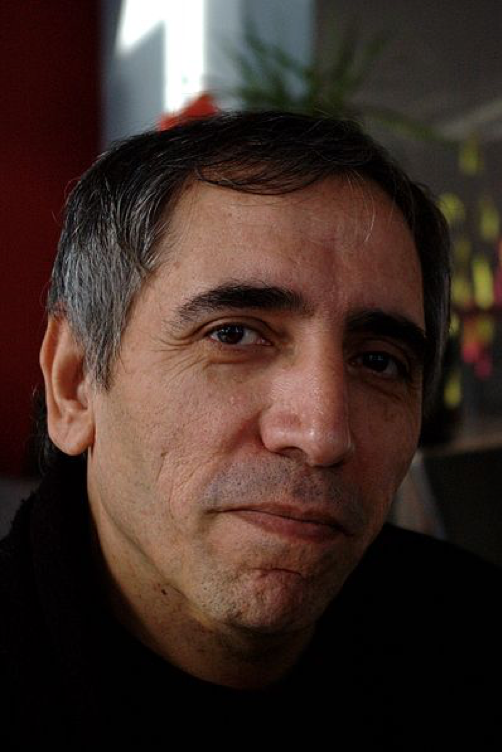 Makhmalbaf: The reformist movement knows nothing about reform

On May 30th, 2018, after the artists and
intellectuals refused President Rouhani’s invitation to attend the Ramadan breakfast, about 100 film directors sent a letter to the Iranian government demanding an end to the restrictions imposed on them inside Iran and abroad.
They sent a second letter to the Ministry of Culture and Guidance to protest the arbitrary procedures faced by directors and photographers in the filming of their artwork and the prohibition of some directors from traveling such as Jafar Panahi. Since the revolution in Iran, artists and intellectuals have been subjected to restrictions, psychological attacks and sometimes imprisonment. From time to time, they have tried to challenge the bad situation and the Iranian regime, and their voices have been projected after the recent demonstrations.