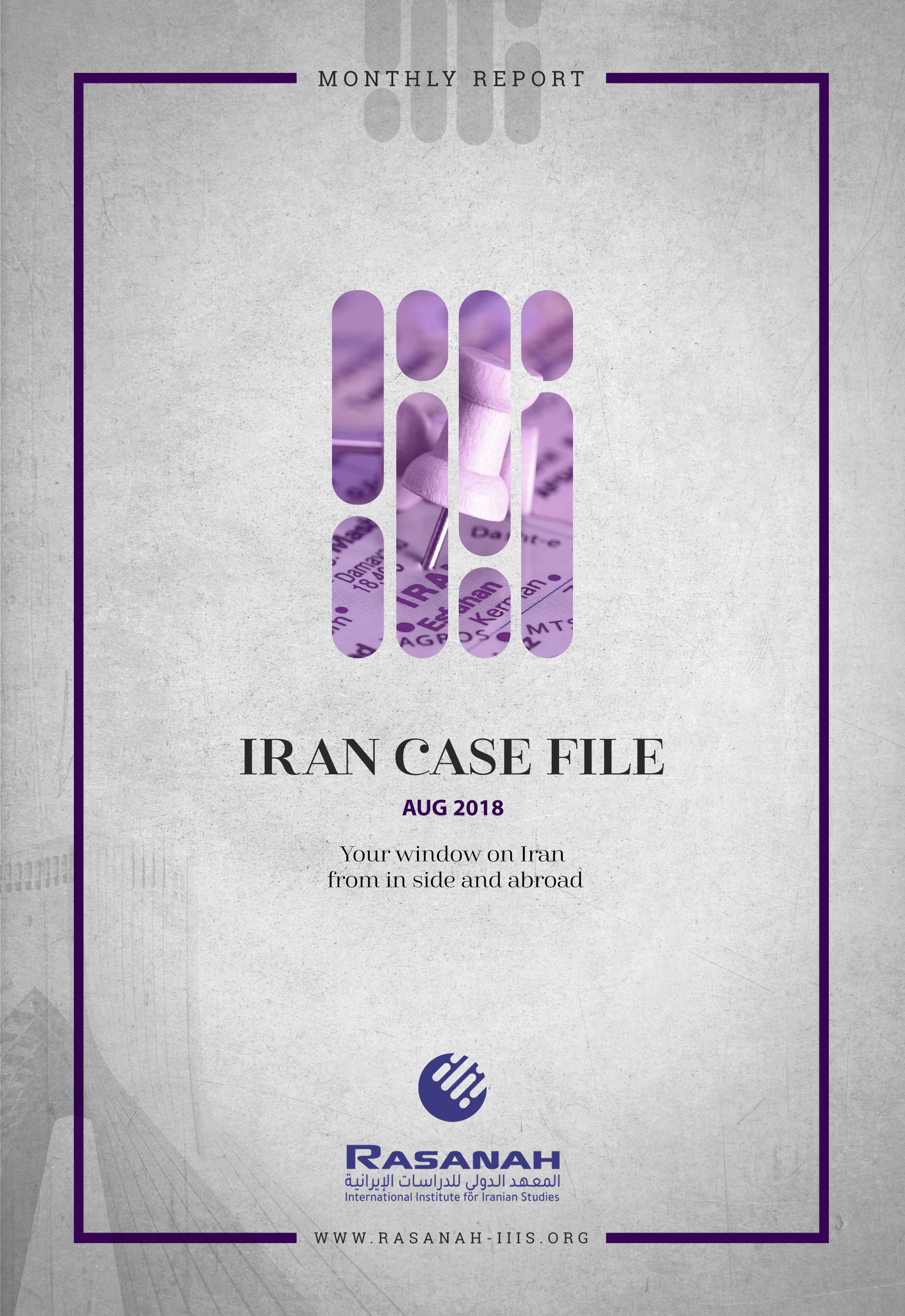 The International Institute for Iranian Studies issues Iran Case File for the month of August 2018, to provide a precise analysis and deep monitoring of the Iranian status during the period under observation.

Mobilizing religious discourses:
The first part of the report deals with the internal affair of Iran; this part analyzing the religious discourses and slogans on the Iranian people’s living conditions. The discourses accused Rouhani and his cabinet with economic difficulties, in addition to the interaction of these discourses with the attack on one of the Shiite seminars in Karaj city.
The report also discusses the Iranian president’s questioning before the parliament; the questions raised by the members, their position towards his responses, and the cancel of referring this file to Judiciary. Economically, the report handles the developments of economic sectors and their implications, such as the oil exports decline because of several international shipping companies halting transactions with Iran due to the upcoming US sanctions next November.

The future of Syria and post-ISIS phase:
Arab affair includes the Syrian issue and the future of the Iranian role on its lands, especially in the light of the growing Iranian desire to strengthen its military and economic presence in the post-ISIS phase. That begun when Minister of Defense and Assistant Minister of Roads and Reconstruction of Iran visited Syria. The report also tackled Iran’s growing financial support for pro-militias in Syria, in addition to the Russian-Iranian-Israeli deal, Israeli raids against Shiite militias, the Russian-Iranian conflict over the division influence areas in Syria, and the attempts to bring all parties again to negotiation in Astana.

New US sanctions and their impact:
This report coincided with the US sanctions entry into force on August 7, 2018, and the consequent tension in the mutual relationship, especially that every party adhered to its point of view on the issue of negotiation. The first part of report handles the US policies adopted to pressure the Iranian regime; the report explains the nature of sanctions and their impact on the Iranian regime, in addition to the formation of the Iran Act Group at the State Department.

Read also:
Recognizing the Caspian Sea’s legal status considering a crisis in Iran
Iran’s gamble on surviving the nuclear deal and the support of its allies
Factor affecting Iran’s role in Syria
Developments in the Yemeni crisis considering U.S. escalation against the Houthis
The policy of escalation and tools of confrontation