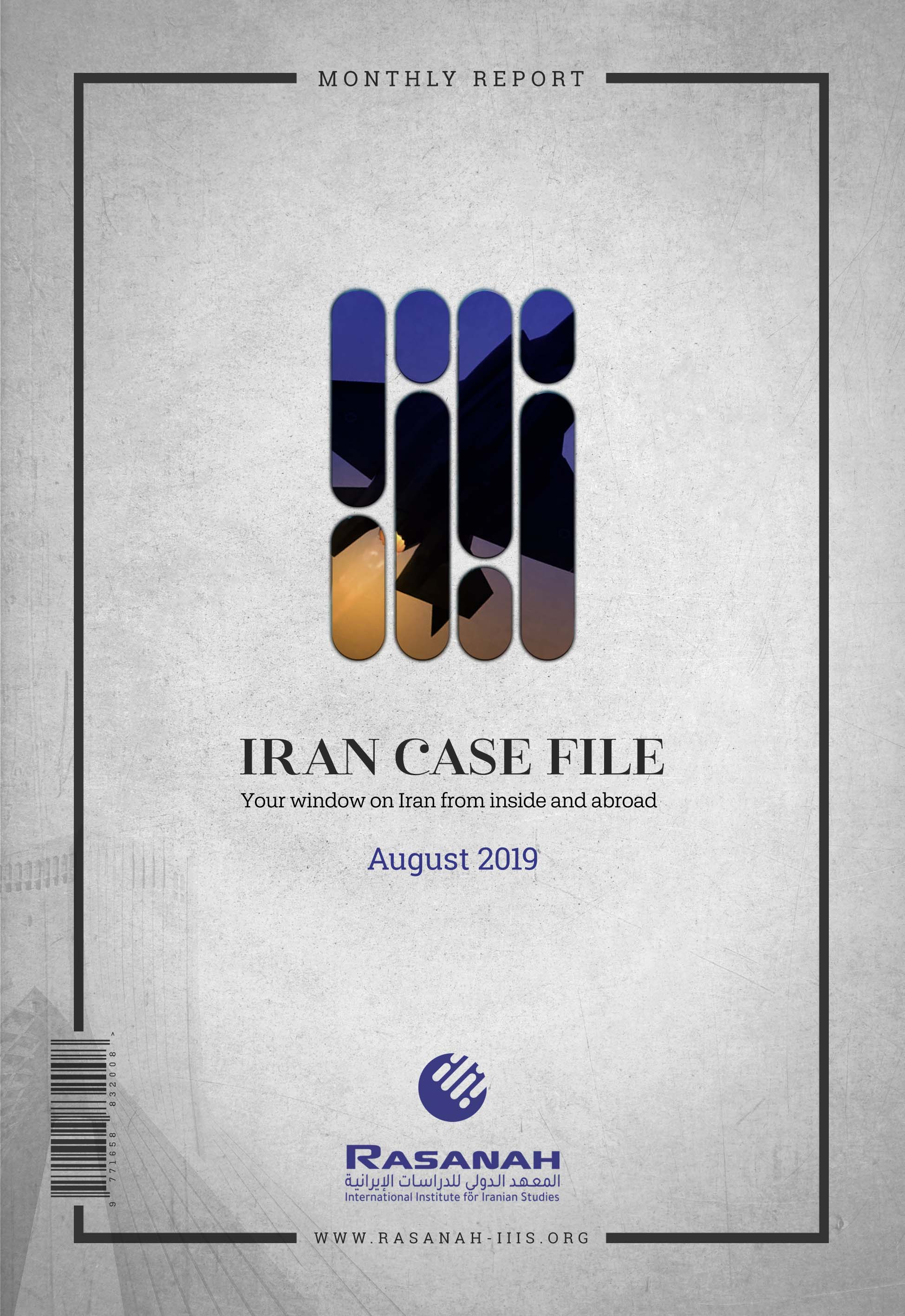 The International Institute for Iranian Studies (Rasanah) has issued it monthly Iran Case File for August 2019. It provides readers and researchers in particular with an in-depth analysis of Iranian affairs at the domestic, regional and international levels. At the domestic level, the report discussed the fatwa of cleric Kazem Haeri in which he calls for targeting US troops deployed in Iraqi territories. At the political level, the Iranian president continues to complain about the scant powers granted to him and his inability to run the state in the way set out in the Iranian constitution. At the military level, the consecutive targeting of Iranian forces deployed in Iraq and Syria by the Israeli Air Force posed the biggest challenge faced by Iran at the time given Iran’s lack of desire to engage in a faceoff with Israel. In Arab Affairs, the report discusses how Iran has avowedly entrenched its presence in Yemen. It has accepted the credentials of the first Houthi ambassador in Tehran in a move lacking value in the context of international law which does not recognize the diplomatic representation of splinter groups over legitimate governments.  As for International Affairs, in August, the issue of calling for an extension of the arms embargo against Iran was raised, which the United States demanded at a recent Security Council meeting. The embargo is supposed to be lifted in October 2020, enabling Iran to import all offensive weapons. At the European level, the report reviews the French proposal to give Iran a $15 billion credit line in return for halting the reduction of its nuclear obligations and starting the negotiating process. As for the Indian subcontinent, the Iranian position on the Kashmir crisis which resurfaced following India’s announcement of abolishing self-rule in the disputed region was affected by-American rapprochement and India’s ceasing of its imports of Iranian oil.