The International Institute for Iranian Studies (Rasanah) has issued its monthly report, Iran Case File for October 2019, providing readers in general and researchers in particular an accurate and detailed review of Iranian affairs, exploring its features and interactions at various levels. The report is divided into three main parts: Internal Affairs, International Affairs and Arab Affairs. 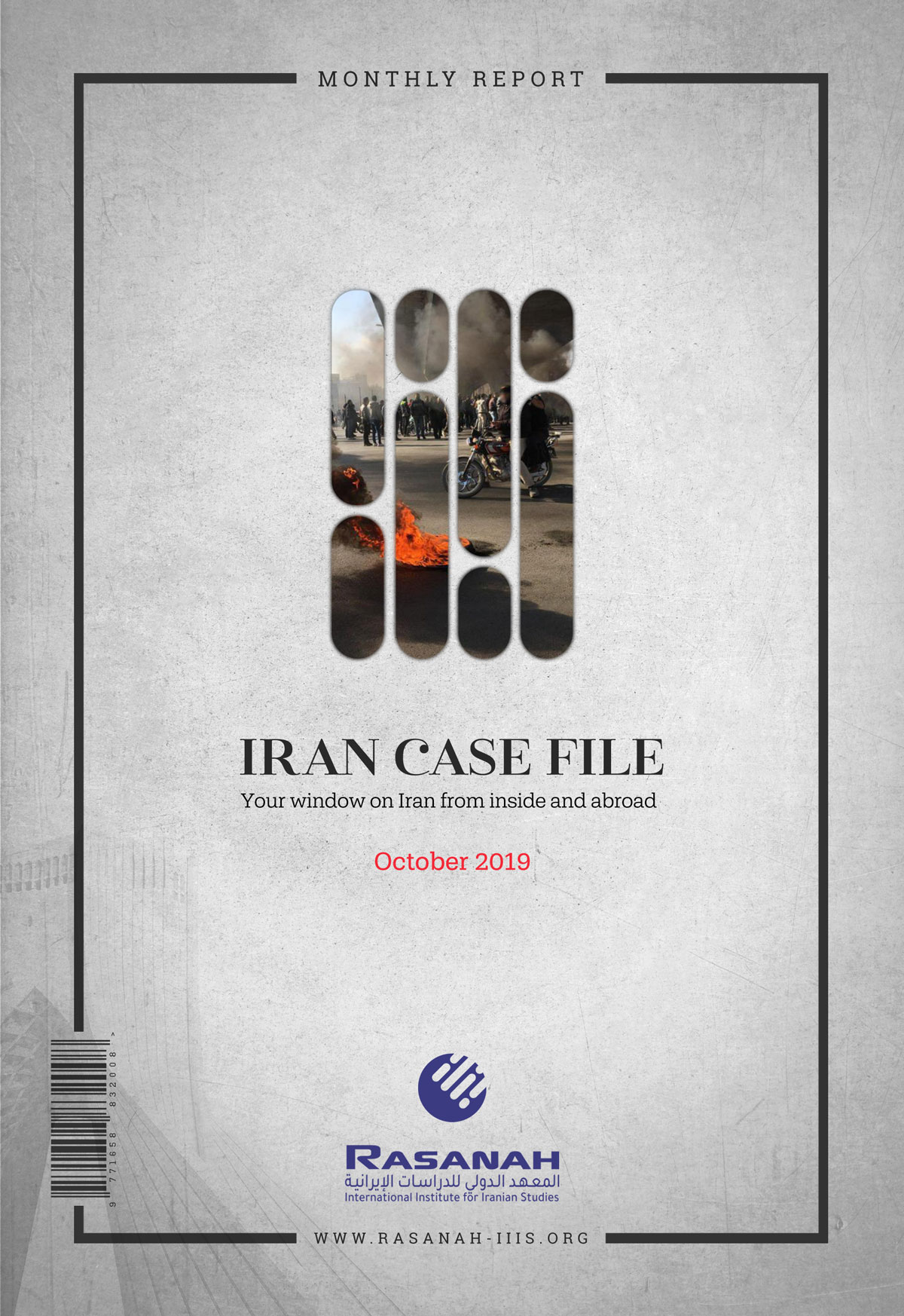 Internal Affairs, particularly in The Political File explores how the Iranian religious leadership deliberately invoked jurisprudential interpretations rejecting rebellions against rulers. They accused protesters of being stooges and receiving support from outsiders. At the political level,   Internal political arrangements are increasingly intensifying as Iran’s parliamentary elections are drawing closer as is the case with each election in Iran. Fears continue to mount about the decision of the Guardian Council to exclude and disqualify a large number of parliamentary candidates under the pretext of being disloyal to the Islamic republic. At the economic level,  the statements of the Iranian President Hassan Rouhani on Iran’s economic indicators improving in 2019 have had wide repercussions at home and abroad. These statements contradict what  Iranians feel and what is expected globally due to the economic sanctions imposed on Iran by the United States.  At the military level, Iran is seeking agreements to import huge quantities of weapons ahead of the fifth year since the signing of the nuclear agreement in October. In 2020  the arms embargo is expected to be lifted.

Arab Affairs reviews how the Iranian project from Iraq to Lebanon has been besieged. Throughout October 2019, people in the two countries have been rising up against what the Iraqi and Lebanese protesters described as Iranian control over the Iraqi and Lebanese equations. The blow dealt to Iran by the people of these provinces has been severe and cruel. This forced the Iranian supreme leader to describe the protests as riots and the protesters as saboteurs

International Affairs explains that the United States is pursuing a strategy of maximum pressure to force Iran to change its behavior and amend the nuclear agreement. In October 2019, the United States designated Iran as a jurisdiction of primary money laundering and imposed sanctions on the construction sector given its role in building nuclear facilities. Alongside the US strategy of maximum pressure, international mediation efforts are still trying to defuse the possibility of war in the Middle East after the attack on Saudi Aramco’s oil facilities. Pakistani Prime Minister Imran Khan’s visit to Iran and Saudi Arabia came in this context.