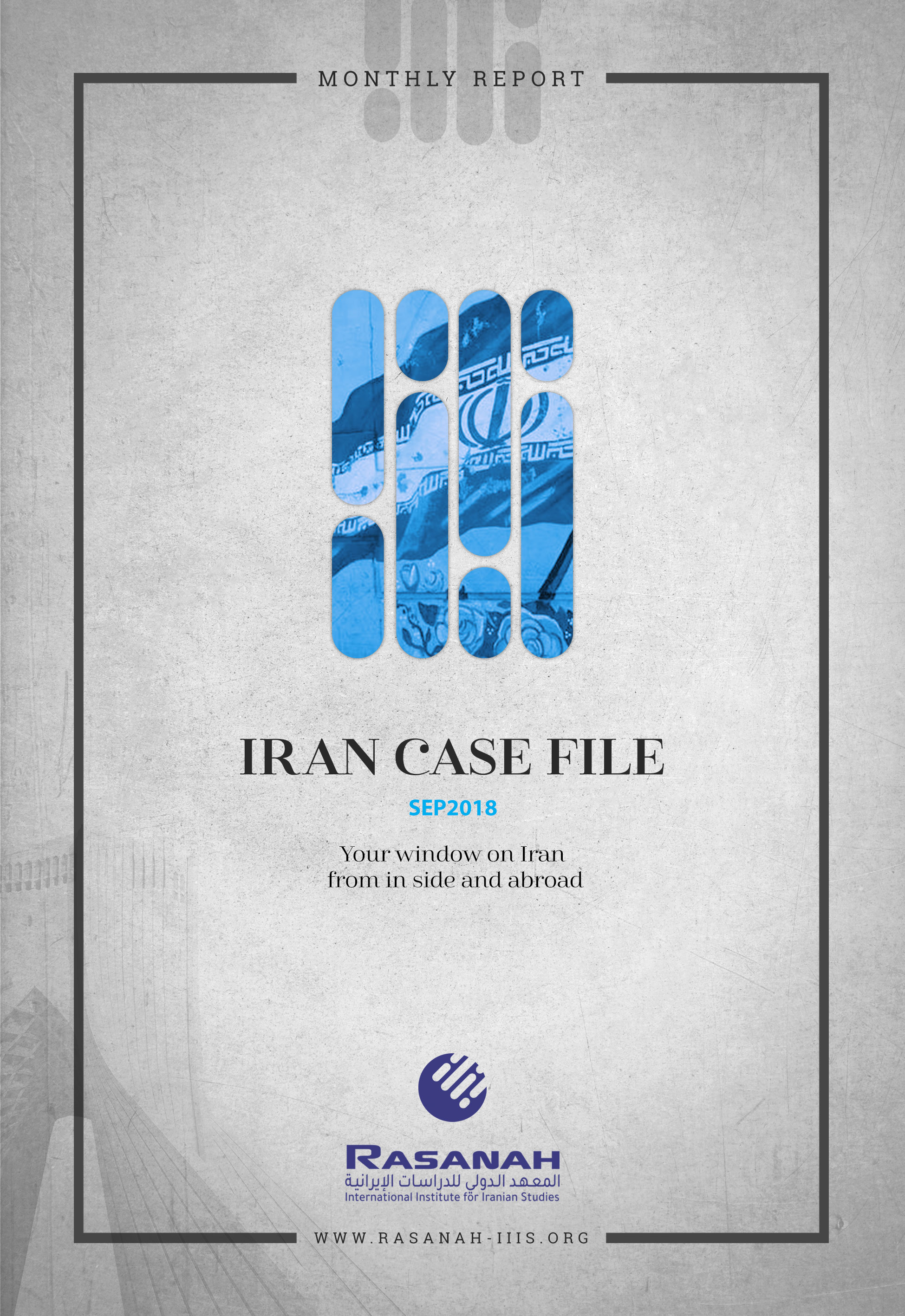 To explain the Iranian situation and track its regional, international and domestic interactions, the International Institute for Iranian Studies issues its monthly report, Iran Case File (September 2018), that highlights the most notable developments and interactions during this month.

The ideology of the revolution is diminishing among the youth
The first part of the report, Domestic Affairs, focuses on the most significant and noticeable domestic interactions at the ideological level. The report highlights the diminishing ideology of the Iranian revolution, and the ruling elites’ attempts to Islamize the humanities upon the recommendation from Khomeini. Also, analyzes the impact of these attempts on Iran’s social aspects and on the vision of the 1979 revolution.
Forty years later, Iran’s intelligence services continue to submit frequent reports warning against the values and ideas, which are spreading across society. According to clerical elites, these values and ideas bear the footprints of the West. This has cast a shadow of doubt over many of the revolutionary achievements, as it seems the Iranians are warming to non-revolutionary and foreign ideas and values. The report did not neglect Mehdi Karroubi’s message during September. It dissected its contents and political connotations after Karroubi criticized the Supreme Leader Khamenei and his absolute control of the country, reminding him of intervening in the constitution to gain an absolute power.

IRGC’s image tarnished at home
In a rare and unusual incident, the armed forces of Iran came under attack during a military parade in Ahvaz on Saturday, September 22, 2018. It lasted for about 12 minutes and was carried out by four gunmen carrying Kalashnikov rifles, killing 29 people and wounding 60. The Domestic Affairs; military and security file focused on this issue. The file attempts to gather the related details and highlights the impact of the incident on public opinion, particularly at a time when there are rising tension and public discontent because of the regime’s failure to address everyday problems in a serious and active way.
Also, the file discusses the reasons for the failure of Iran’s security services to counter the attack— after Iran’s parliament and the shrine of Khomeini had come under attack previously. The file did not overlook the missile attacks carried out by the Revolutionary Guards- after the Ahvaz incident- on the ISIS positions inside Syria. It was a message a message, to the home front and to the outside world, that Iran’s military and security institutions are still strong despite this setback.

The political limbo in Iraq and the forced displacement in Idlib
Arab Affairs is divided into three parts. The first part deals with the Iraqi file at the stage of political standoffs after the parliamentary elections. The file reviewed the relative political weight of the rival political blocs in the Iraqi political arena and the role of the Shiite religious authorities in fostering political unity, as well as analyzing the popular protests in the city of Basra because of the deteriorating economic situation and the impact of these protests on the Iraqi political life.
Also, Arab Affairs reviews the latest developments in the Syrian crisis, namely the signing of the Idlib agreement and the forced displacement, as well as the understandings of the Sochi Agreement. Also, it focuses on clarifying the forced displacement scheme implemented by the regime of Bashar Assad, Russia, and Iran over the past two years. With the continuation of Russian airstrikes and the readiness of Assad’s regime to invade the Idlib, signs emerged that the regime is heading for a massacre more heinous than that committed in Aleppo.

Changing Iran’s behavior according to the vision of the U.S. administration
International Affairs explores two main files. First, Iran-US relations and escalating tensions during September 2018, with American insistence, particularly by President Donald Trump and his administration, to exert maximum pressure on Iran to renegotiate the nuclear agreement and a number of contentious issues, most important of which is Iran’s regional behavior and its ballistic missile program.
The second section devoted for Iranian-British relations, where the report explores the details of this relationship, given the nature of British policy after its potential exit from the European Union and its policies that take a halfway stand between European and American policies towards Iran.
Finally, it highlights that the escalation of tensions between Iran and Britain stems from a number of issues, mainly because Britons, of Iranian origins, were arrested upon arriving or exiting Iran. They are facing several charges, including espionage for foreign countries, and promoting anti-regime values that go against the ideology of the revolution.