The International Institute for Iranian Studies (Rasanah) issues its monthly Iran Case File for March 2019 exploring the most prominent developments in the Iranian arena, providing readers with a comprehensive and analytical insight into Iranian affairs during this month.
The report is divided into three chapters: Internal Affairs, Arab Affairs and International Affairs. 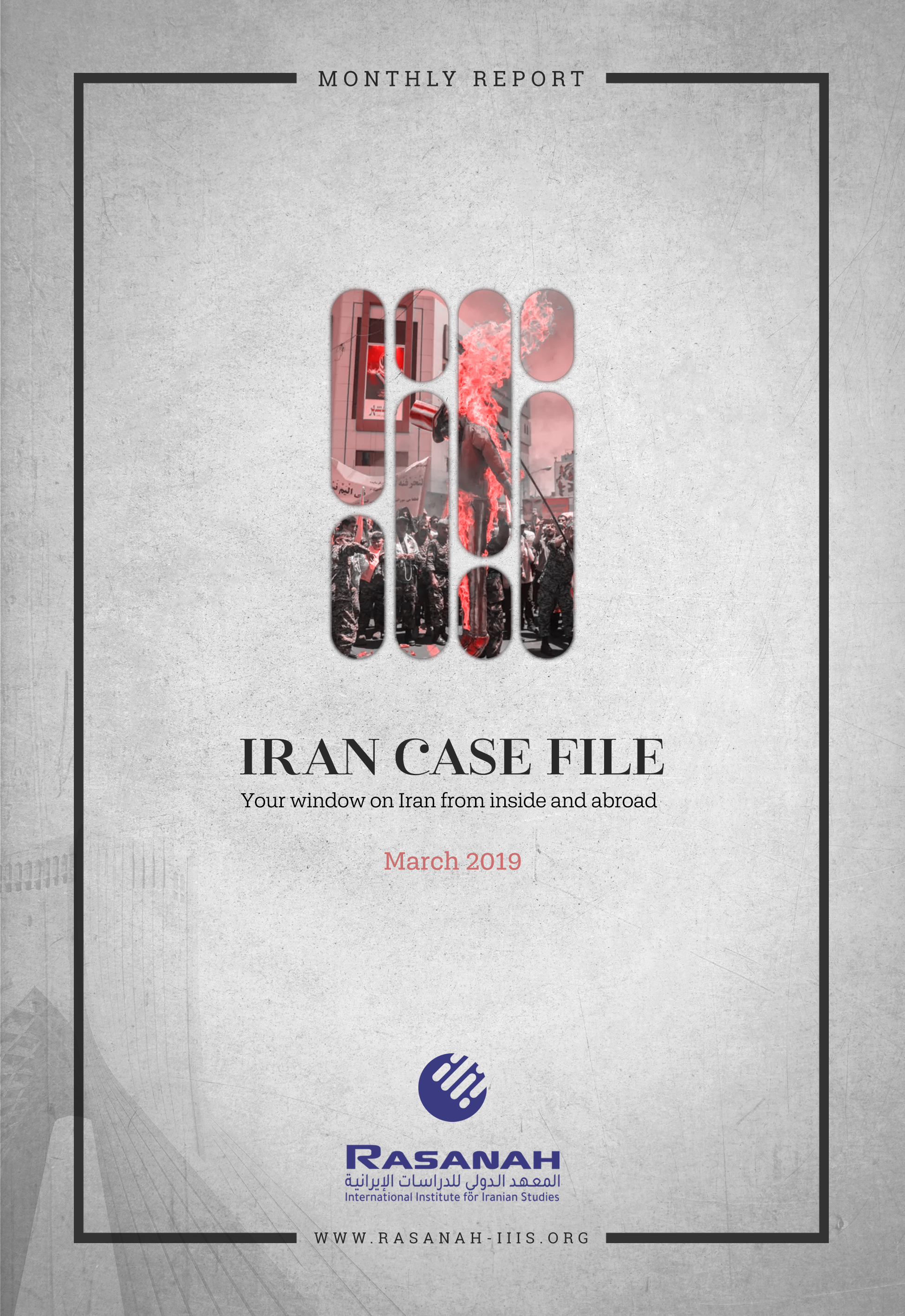 The Internal Affairs is divided into four main files: the Ideological File, the Political File, the Economic File and the Military File.
The Ideological File analyses the Iranian President Hassan Rouhani’s visit to Iraq, which resulted in a dramatic transformation in Iranian policies towards this country. The Political File mainly focuses on the government’s management and performance during natural disasters, especially in the recent flood crisis which has turned into a political battle. The Economic File lays down the economic benefits of Rouhani’s visit to Iraq, through him concluding economic agreements, and cancelling visa-fees as well as enhancing Iranian power supply and gas exports to Iraq. The initial indications of the visit show that Iran has succeeded in reaping many economic gains. The Military File highlights Iran’s investment in unregulated dual-use technologies.
The Arab Affairs explores Iran-Iraq relations, following Rouhani’s visit to Baghdad at the political and economic levels as well as the meeting held by the Chiefs-of-Staff of the Iranian and Iraqi armed forces with the Syrian Minister of Defense. With regard to Iran-Yemen relations, the report discloses Iran’s financial and military support for the Houthis to thwart the Stockholm agreement and to preent the return of security and stability to Yemen.
The International Affairs sheds light on the US maximum pressure strategic campaign against Iran to curb its regional behavior. It also explores European reservations about Iran’s behavior and its activities jeopardizing national security and stability in Europe. It also illustrates European measures in monitoring Shiite centers in Europe and the development of Iran’s ballistic missile program, which undermines ties between Europea and Iran. Finally, it discusses Pakistan’s decision to fence 950km of its shared border with Iran to curb terrorist border attacks, and to boost security.